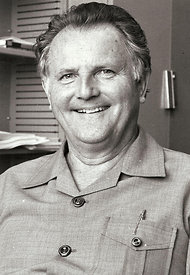 Arthur R. Jensen, an educational psychologist who ignited an international firestorm with a 1969 article suggesting that the gap in intelligence-test scores between black and white students might be rooted in genetic differences between the races, died on Oct. 22 at his home in Kelseyville, Calif. He was 89.

His death was confirmed by the University of California, Berkeley, where he was an emeritus professor in the Graduate School of Education.

Professor Jensen was deeply interested in differential psychology, a field whose central question — What makes people behave and think differently from one another? — strikes at the heart of the age-old nature-nurture debate.

Because of his empirical work in the field on the quantification of general intelligence (a subject that had long invited a more diffuse, impressionistic approach), he was regarded by many colleagues as one of the most important psychologists of his day.

But a wider public remembered him almost exclusively for his 1969 article “How Much Can We Boost I.Q. and Achievement?” Published in The Harvard Educational Review, a scholarly journal, the article quickly became — and remains even now — one of the most controversial in psychology.

In administering I.Q. tests to diverse groups of students, Professor Jensen found Level I ability to be fairly consistent across races. When he examined Level II ability, by contrast, he found it more prevalent among whites than blacks, and still more prevalent among Asians than whites.

Drawing on these findings, Professor Jensen argued that general intelligence is largely genetically determined, with cultural forces shaping it only to a small extent. For this reason, he wrote in 1969, compensatory education programs like Head Start are doomed to fail.

While some observers praised Professor Jensen as a scientist unafraid to go where the data led him, others called him a racist. He continued to be heckled at speaking engagements throughout his career. He was burned in effigy on some college campuses and received death threats; for a time, he was accompanied by bodyguards.

The idea that intelligence cleaved along racial lines quickly became known as Jensenism, and its merits were the subject of heated public discussion for years afterward. The evolutionary biologist Stephen Jay Gould, for instance, devoted much of his 1981 book, “The Mismeasure of Man,” to criticizing Professor Jensen’s claims.

More recently, Professor Jensen’s ideas about race and the heritability of intelligence were cited approvingly in “The Bell Curve,” the 1994 book by Richard J. Herrnstein and Charles Murray that engendered renewed debate on the subject.

Today, some psychologists say that Professor Jensen’s work has been misunderstood. In a telephone interview on Wednesday, Douglas Detterman, a psychologist at Case Western Reserve University who edits the journal Intelligence, said: “If you look at the Harvard Educational Review paper, he discusses race very little in that paper, but he did say that it’s a possibility that there are genetic differences among racial groups. And that was not a very popular idea when that paper came out.”

Professor Detterman, who in 1998 devoted a special issue of Intelligence to Professor Jensen’s work, added: “When he wrote that paper, probably a large portion of psychologists wouldn’t have believed that there was a hereditary basis for intellectual ability. Now, there’s very little argument about that in the field. Whether there are differences between races is another thing altogether.”

Arthur Robert Jensen was born in San Diego on Aug. 24, 1923. An accomplished clarinetist, he considered pursuing a career as an orchestra conductor before taking a bachelor’s degree in psychology from Berkeley, followed by a master’s in the field from San Diego State College and a Ph.D. from Columbia. He joined the Berkeley faculty in 1958.

Professor Jensen’s wife, Barbara, died before him. Survivors include a daughter, Bobbi Morey.

Among his books are “Genetics and Education” (1972), “Educability and Group Differences” (1973), “The g Factor: The Science of Mental Ability” (1998) and “Clocking the Mind: Mental Chronometry and Individual Differences” (2006).

Even psychologists who disagree with Professor Jensen’s conclusions defend him against charges of racism.

“Arthur Jensen’s life is emblematic of the extent to which American scholarship is inhibited by political orthodoxy,” James R. Flynn, an emeritus professor of psychology at the University of Otago in New Zealand, said on Wednesday.

“Jensen was a true scientist, and he was without racial bias,” Professor Flynn added. “It never occurred to Arthur Jensen that people would use his data to argue for racial supremacy. Now, to be fair to his critics, over time he became more and more convinced that the evidence did show a genetic component.”

A noted authority on intelligence, Professor Flynn has long opposed Professor Jensen’s views on the subject. “Take it from me, the evidence is highly complicated,” he said. “The best we can say is that it is more probable that the I.Q. gap between black and white is entirely environmental in origin.”

It is precisely such environmental factors, some scholars maintain, that Professor Jensen’s work did not sufficiently take into account.

“Socioeconomic status turns out to be the best predictor of your I.Q. score,” Sonja C. Grover, an educational psychologist at Lakehead University in Ontario, said on Wednesday. “Socioeconomic status has to do with your quality of schooling, the quality of the teachers that you’re exposed to. Many people who do poorly on an I.Q. test have a very poor fund of general knowledge, but it doesn’t mean that they’re not intelligent.”

A 1981 book by Professor Grover, “The Cognitive Basis of the Intellect,” was written as a response to Professor Jensen’s book “Bias in Mental Testing” (1980). In that book, he argued that it is possible to construct tests of general intelligence that are free of cultural bias, which in turn makes it possible to isolate heredity as a wellspring of intellect.

But in focusing on the link between genetics and intellectual ability, Professor Grover said on Wednesday, Professor Jensen’s work has sweeping, and potentially grave, implications.

“It was irrelevant and not particularly useful to suggest, as those who endorse Jensen have, that Jensen was just holding a politically incorrect point of view and that’s why he was being criticized,” she said. “His studies and his influence would have a dramatic effect on the perception that people have about minority groups and their potential, and even their right to a quality education.”

She added: “In no way am I suggesting that he wasn’t completely well intentioned. But I would make the point that you cannot separate social science from human rights, regardless of what side of the fence you’re on.”

Oldest general store in America closes its doors after 224 years