An award-winning author has spoken out about how she decided to release her series of novels starring a black detective through her own company after what she felt was racism in the publishing industry prevented their earlier publication.

Kristine Kathryn Rusch, who is white, has won a series of awards for her novels, which range across mystery, romance, science fiction, and fantasy, and have hit bestseller lists. She chose a setting of Memphis in the 1960s, just before Martin Luther King’s assassination, for a detective series she wrote under the pseudonym Kris Nelscott in the late 1990s, in which her “detective, Smokey Dalton, happened to be black, because I knew he had grown up with Dr King”. 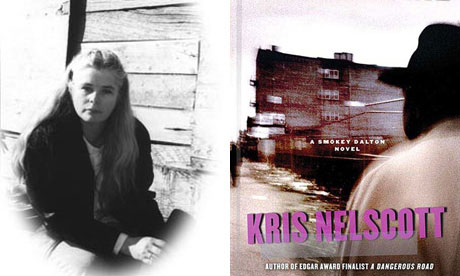 In a wide-ranging blogpost laying out her experiences – which she has not detailed until now for fear of being “blacklisted” by the book industry – Rusch says she was told by her agent at the time that “there’s a rule in traditional publishing that white people (white women?) can’t write about black people (black men?) at least from a first-person point of view”. But “once the agent established that I was not planning to hire a black actor to play me in public … she marketed the book to all the big publishers”, says Rusch, and although publishers made “at least three” six-figure offers for the first book in the series, they were withdrawn when they learned she was a white woman.

“Initially, when the publishers read the book, they thought I was a black man who had participated in the Civil Rights movement and walked with Dr King. So they set up a marketing plan based (from what I can guess) on putting this imaginary Civil Rights pioneer on Oprah and talking with her about the new mystery novel. Honestly, if the Oprah Book Club hadn’t existed, I doubt I would have received those six-figure offers at all,” Rusch told the Guardian. “When the publishers realised that I was not black, too young to be in the Civil Rights movement, and had no ‘marketability’ or ‘platform’, they withdrew the offers. The book was worth nothing to them if I couldn’t tour ‘with legitimacy’.”


The Smokey Dalton book was eventually acquired by St Martin’s, where Rusch still praises her “wonderful” editor. It was well-reviewed and nominated for an Edgar award, but, according to Rusch, was not supported by the publisher’s sales force.

On book tours, her novels were not sent to bookstores or distributors, she claims. “Readers demanded copies. Libraries wanted the books. I kept hearing from people all over the country that they wanted to buy the books and couldn’t get them,” she writes on her blog.

She claims she was told by the publisher – which did not respond to the Guardian about the allegations made in Rusch’s blog – that they “had tried to get my books in the African American section of the chain bookstores ‘where the series belonged’, but the chains wouldn’t take the books for that section because I’m white. I managed to answer that one. I said, ‘These books are mysteries. They belong in the mystery section, like any other private detective novel’,” she writes.

The series ended up “dead” and Rusch “devastated” – she parted ways with St Martin’s in 2005 – until she decided to release it through the company she co-founded as ebooks last year. From next month, her company WMG will also publish the Smokey Dalton books as print editions with “appropriate” covers that have not been “whitewashed”. Rusch has also written a new book for the series, Street Justice – out next March – and has sold the entire series to audiobook company Audible, where she says the excitement is “palpable”.

“Once upon a time, I couldn’t give these books away,” said Rusch. telling the Guardian that similar attitudes still exist in publishing, with “mostly white” executives producing books for what they believe is the “white, middle class and conservative … heartland”.

“They also believe that these imaginary readers would not read about people who are different from them. It’s astonishing and wrong. But how can you convince them it’s wrong? They believe that successes, like Walter Mosley, are a ‘fluke’ (I’ve been told that) or it’s because they’re ‘authentic’ or because they promote well, not because the books are good,” she said.

“Last night, at this workshop I’m teaching, a writer told me that last year, his publisher asked him to change the main characters in his novel from black to white because ‘black people on covers don’t sell and no one wants to read about them’. Major publisher, just last year. He, unfortunately, caved. I would not have. I find it all sad and head-shaking.”

Rusch writes on her blog that she no longer has to be “blacklisted for speaking the truth”. “The new world of publishing saved me from becoming one of those jaded, bitter writers who sit in bars and drink away their broken dreams,” she says. “I am so lucky that the publishing world changed, and I was able to move with it.”

Chris Meadows, writing at TeleRead, said that the Smokey Dalton books “are finally getting the treatment Rusch wanted for them … they’re not hostage to a traditional publisher’s mistreatment any more”. “Yes, traditional publishers will be better at doing some things than self-publishing writers. But that assumes that those publishers actually choose to do those things. Horror stories like Rusch’s suggest that it’s getting those publishers to care that’s the tricky part,” he concluded.