Whitney Houston’s mother Cissy has been accused of ‘cashing in’ on her daughter’s death by writing a new memoir.

Last week it was revealed she had signed a deal with HarperCollins to tell the ‘unabridged and unbelievable story’ of her Grammy Award-winning daughter, who died in a Beverly Hills hotel bathtub in February at age 48.

But the move has caused upset among some family members – according to TMZ. 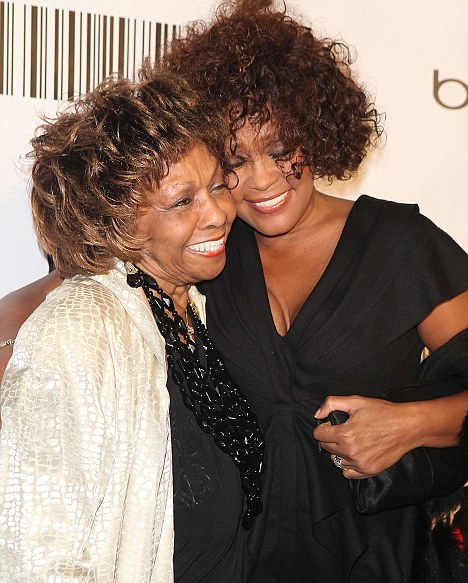 ‘Unbelievable’: Cissy Houston agreed to write a memoir about her late daughter, Whitney, pictured here together in 2010

The website does not name which family members are said to be upset about the memoir.

But it claims the deal is a ‘lame attempt’ to make cash after Whitney left her estate to her daughter Bobbi Kristina.

An insider told TMZ: ‘She will try to come out looking like the world’s greatest mom, when in actuality, she wasn’t.’

The still untitled book is scheduled to come out next February. 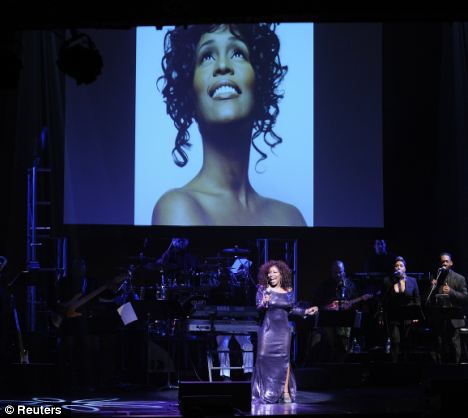 A loving tribute: Singer Chaka Khan performed during a tribute to Houston in New York on June 4

In a statement released last week by the book publisher, Cissy said: ‘When I lost my daughter Nippy (Whitney Houston’s nickname), the world lost one of the most beautiful voices and an extraordinarily beautiful and charitable woman.

‘In sharing our story in this book, I hope to give her fans something to treasure, the way we all treasured Whitney. We are still receiving thousands of letters each day from her fans, and I hope reading this book will provide a deeper understanding into my daughter’s true story.’

The publisher wouldn’t divulge how much they’re paying Cissy but said ‘a portion’ of the proceeds will be donated to the New Hope Baptist Church in Newark, N.J., where Whitney Houston, whose many hits included The Greatest Love of All and I Will Always Love You, sang as a child.

Her funeral was also held there.

Cissy has had meetings with several publishers and the word in media circles is the book deal could be worth seven figures. 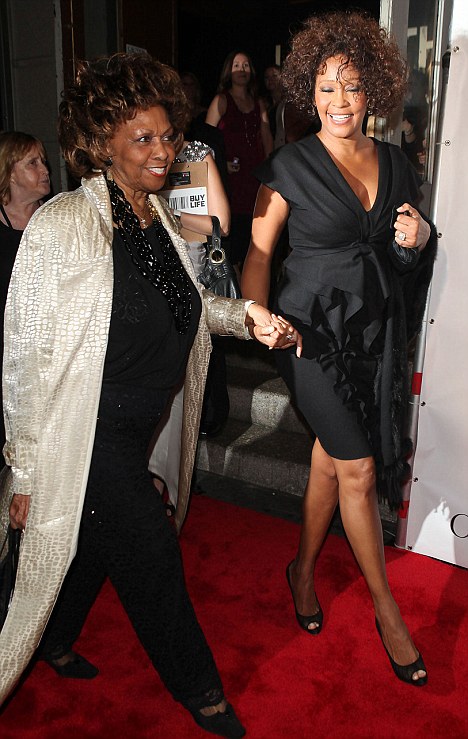 A close family: Cissy often travelled with Whitney when she toured- although the book deal has caused disquiet among some family members, it has been claimed

According to HarperCollins, Cissy will write with ‘candor, honesty and respect’ about her daughter’s remarkable career. She’ll also address Whitney’s drug problems and her troubled marriage to fellow singer Bobby Brown.

Cissy Houston also will tell of her own grief.

‘She will tell the unabridged and unbelievable story of her daughter’s life as well as her own, addressing Whitney’s brightest and darkest moments while helping fans around the world understand the complexities of this extraordinary star who died much too soon,’ the publisher announced.

‘Ultimately, Cissy will go behind the headlines to show the true, human side of this strong, successful yet complicated musical icon, capturing the dramatic depths and soaring range of an extraordinary woman, along with the pain and heartbreak of a grieving mother as she struggles with impossible loss.’

Cissy Houston recently released a new album of gospel tunes called Walk on By Faith, her first new music in more than a decade.

This will be her second book. She wrote the memoir, How Sweet the Sound, in 1998.

What a hobbit REALLY looks like: Researchers reconstruct the face of Homo floresiensis