In our series of viewpoints from African journalists, London-based Ugandan writer Joel Kibazo considers how easily former colonial masters forget the past.
Is it ignorance or stupidity? With some people it is hard to work out which it is.
I recently found myself in Portugal. The endless downpours that had become the hallmark of this year’s British summer called for serious measures.
This African needed some sun without going too far and the warm climes and golden sands of the Algarve offered the perfect answer.
Once I landed and jumped into a cab, I met the first of several people who caused my dilemma about ignorance and stupidity.

The only problem is that Africans don’t know how to look after things or to manage them. Look at Angola and Mozambique”

PedroPortuguese taxi driver
Having dispensed with the discussion on the attractions of this southern Portuguese region, Pedro, the taxi driver, decided to unburden himself.

“I love Africa. The place is beautiful and I also love the warmth of the people,” he said.
“Hmm, where is this going?” I wondered. I did not have to wait long. My new friend had decided I was the man for his well thought out views.
“The only problem is that Africans don’t know how to look after things or to manage them. Look at Angola and Mozambique,” he said.
“We left them everything when we stopped ruling those countries. The education was good, the health system was the best and then it was all ruined by the governments that took over.”
Lost for words
There was no acknowledgement of the brutality of colonial rule, or the plundering of resources that saw Angola’s and Mozambique’s wealth sent off to build Portugal.

I was lost for words. Not because I had never heard such things before by those keen to rewrite history but because I thought such people were no longer around.
This was a man in his late thirties. To think that the citizens of Mozambique, Angola, and other territories the Portuguese ruled over should be grateful was breathtaking.

If it was not for business with Angola we would be in even more serious financial trouble. Angola and Mozambique are our future”

Many had seen the Portuguese departure in 1975 as one of the most callous; they had unscrewed wall sockets and I recall seeing an incomplete building in Maputo that had been rendered useless by the departing colonialists just to ensure that the new government could not complete the building.
If the Portuguese were so good, how come education, health and the general economic welfare of Lusaphone Africa remained so low and only improved in recent times? 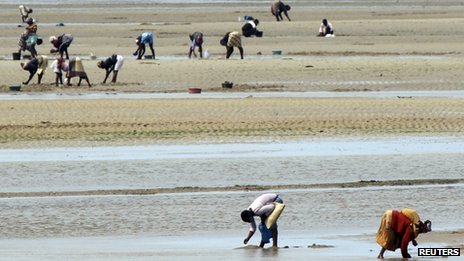 
I met several people like Pedro during my stay. All keen to rewrite history.
Only last week I was in southern Africa and I met my friend Arlindo who comes from Mozambique but lives in Angola and played his part in the struggle.
He shook his head when I told him about my experience.
He said what these people do not realise is that our resources were plundered to help develop Portugal and yet they continue to think they were a blessing to us.
The funny thing is that today Portugal is in financial crisis and when Pedro finished telling me about the legacy of the Portuguese, as he saw it, he admitted things were so bad in his country that if he could find a job in Africa, he would be on the next plane. Imagine him in the Africa of today.
Baffled 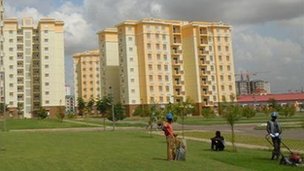 Angola’s buoyant oil economy is a lure for entrepreneurs

Nothing better illustrated how things had changed than a conversation I had with some bankers while I was in Lisbon last year for the African Development Bank annual meeting.
Over lunch, a senior banking executive from a large financial institution that will remain nameless for now said: “If it was not for business with Angola we would be in even more serious financial trouble. Angola and Mozambique are our future.”
But the attempt to rewrite history is not limited to some Portuguese individuals. In Johannesburg a few days ago a friend who happens to be white brought up the same subject.
Nearly two decades after South Africa became a democratic nation, he was still meeting people who thought the country needed to have a white-controlled government as if that was the answer to whatever woes the South African people might be facing.
He was as baffled as I was.
So now you see my dilemma.
Are people such as Pedro deliberately trying to turn history on its head because that is the only way they can justify their current situation?
Or is it simply a fact that such individuals have not been blessed with a good enough education to enable them to accept the historical reality, unpleasant as it may be?
Ignorance or stupidity? I still don’t know which it is.