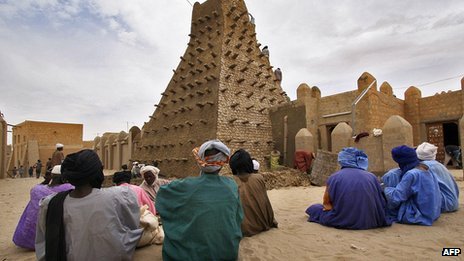 In our series of viewpoints from African journalists, Elizabeth Ohene from Ghana laments the destruction of the Malian town of Timbuktu.

I decided on a title for my memoirs long before I wrote one sentence. It was to be called I Never Did Make It To Timbuktu.

As a young journalist, three cities fascinated me – I thought nothing could be more adventurous and romantic than to get a byline from Timbuktu, the ancient Malian city, Kathmandu, the capital of Nepal, and Puffadder, a small town in South Africa.

As things turned out, I did not make any particular effort to get to these places but I made it to Puffadder in 1991 when I was on a reporting trip to South Africa and I wanted to go to places that were not on the usual route.

The story of that trip is for another day.

I have never been to Kathmandu and now I do not think I ever will.

It lost its long-distance charms long ago and I cannot quite remember why I wanted to go there in the first place.

I have not been to Timbuktu either but it has retained its attraction for me. 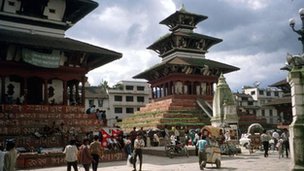 The nearest I came to fulfilling the long-held desire to go there was in the late 1990s when I played a small role in a project looking at the preservation of documents in the ancient libraries of the city.

Then came the African Renaissance project, instigated and led by Thabo Mbeki, South Africa’s then president.

Timbuktu featured large and my interest was revived. I read everything and watched every film I could find about the city.

I felt inexplicably proud that way back in the 14th Century, Africa had a centre of learning and of excellence that could rival any other place on this planet.

I dreamt about walking along the ancient walls and rummaging through the old documents.

I thought about the young people who lived there and I wondered what it must feel like to have a Timbuktu address.

And so I have been watching from afar the disaster that has overtaken Timbuktu, engulfed Mali and choked our continent.

Men with pick-axes, hammers and other tools have been systematically destroying Sufi shrines and all the other ancient and hallowed architecture and artefacts of Timbuktu, in the name of religion.

All the sacred and famous things in Timbuktu are being reduced to rubble and the locals look on with impotent rage.

The invaders claim to be doing the work of God and they carry guns to make sure their every wish is carried out.

Admittedly, Timbuktu has more in its past than its present.

Why is there such silence around the continent about what is being done in Timbuktu?”

This city, which was once upon a time famous for its wealth and learning and which was a cultural and wealthy trading centre, is not what it used to be.

But surely Timbuktu represents enough to give pride and confidence to present day Africans.

So where is the outrage around the continent?

Why is there such silence around the continent about what is being done in Timbuktu?

I know the leaders of Africa brought up the subject at their recent African Union meeting in Addis Ababa but it was obvious that there will be no rescue forthcoming to the city of 333 saints, as Timbuktu is known, before everything that offends the sensibilities of the Muslim Salafist fundamentalists is demolished.

I know it was getting late for me to ever make that pilgrimage to this city of my dreams but at least the dream lingered.

Now, it seems the dream will die.

I will never make it to Timbuktu.

My heart bleeds, but what is the point? I am old enough to know that is the reality of our continent.