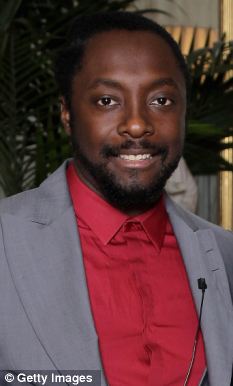 The sky is the limit: Will.i.am will debut his new song on Mars tomorrow

Let’s hope some alien life force isn’t looking for a message on Mars.

If so, they are going to get very confused tomorrow when rapper Will.i.am becomes the first person to debut a record on the red planet.

In an unlikely tie-in with NASA, the Black Eyed Peas hitmaker – who has signed up for a second series of BBC One talent show The Voice – will play his new song through the speakers of the Curiosity robot rover that landed successfully on Mars earlier this month.

The U.S. space agency plans to livestream the rap, called ‘Reach for the Stars.’

Will.i.am is no stranger to outlandish stunts, but this time there is a serious motive to encourage interest in science and space exploration.

His new song will beam down from the Curiosity space probe to NASA’s Jet Propulsion Laboratory in Pasadena, California, where Will.i.am is hosting an educational initiative on interplanetary exploration with his charity i.am.angel.

It won’t be the first time the rapper has been involved in a science stunt. On Election Day in 2008, he appeared on American news channel CNN as a hologram.

The star was present at the Pasadena laboratory when the rover landed on Mars on August 12.

Will.i.am, real name William James Adams, has sold 9.5 million singles in Britain either as a solo artist or with the Black Eyed Peas. 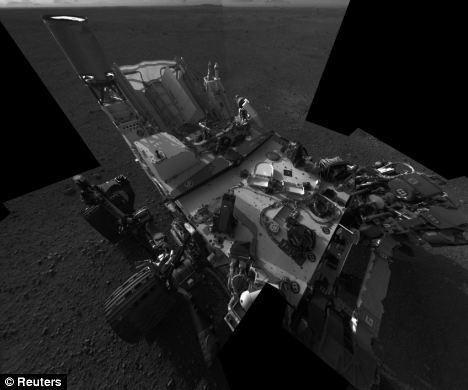