By WILLIAM YARDLEY
Published: May 31, 2013
William Demby, whose novels, written while he was an expatriate in Italy, challenged
literary conventions and expectations of what a black writer should write about, died on May 23 at his home in Sag Harbor, N.Y. He was 90.

Mr. Demby was interested in boundaries — between people, and between the present and the past — and he liked crossing them. His marriage in 1953 to an Italian actress and writer, Lucia Drudi, made news in Rome. (He spent many years writing English-language subtitles for films by Federico Fellini, Roberto Rossellini and other Italian directors.)

His first novel, “Beetlecreek,” published in 1950 while he was living in Italy, described the unexpected relationships that develop among a reclusive white man, a black teenage boy and others in a small Southern town. Some critics called the book disjointed, but many praised Mr. Demby for the depth of his characters.

Mr. Demby, who lived outside Florence in a villa his wife had inherited, spent the next several years writing freelance magazine articles as well as doing film translation work while working on his second novel. 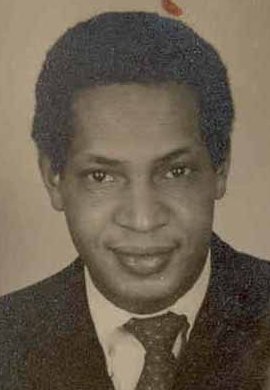 That novel, “The Catacombs,” was published 15 years after “Beetlecreek.” It was an experimental blend of fiction and nonfiction in which one of the main characters, a man named Bill Demby, writes a book about a black actress named Doris who grows weary of him. The narrative, interspersed with newspaper clippings, philosophical detours and stream-of-consciousness observations, confounded some critics.

“Impatience sets in for this reader as much as it does for poor Doris,” Peter Buitenhuis wrote in a review in The New York Times in 1965.

But others were impressed, and some said Mr. Demby was criticized in part because he did not focus primarily on racial issues. The critic Robert Bone, writing in The Times in 1969, called “The Catacombs” “one of the two important black novels of the 1960s,” along with “The Chosen Place, the Timeless People,” by Paule Marshall.

James C. Hall, who teaches history and literature at the University of Alabama, interviewed Mr. Demby extensively in the 1990s for “Mercy, Mercy Me,” his book about efforts by black artists of the 1960s to reach beyond race.

“A lot of the complaints about it were that it didn’t seem sufficiently black,” Mr. Hall said of the reaction to “The Catacombs” in a recent interview.

“There’s no question that ‘Catacombs’ was really ambitious,” he added. “He did not want to speak of racial justice in a direct way. But you could make the argument it did, by defending the right of the African-American artist to choose whatever subject matter and to choose whatever method he or she thought was most appropriate.”

In a 2004 interview with The Bloomsbury Review, Mr. Demby said, “Since ‘Catacombs,’ I think I have been kicked out of the Black Arts race.”

He kept writing. In 1978 he published “Love Story Black,” about an unlikely romance between an elderly woman and a much younger man. In the mid-1980s he began working on a sprawling novel, “King Comus,” that traces the plights of Jews and blacks deep into 19th-century Europe. He finished the book in 2008, said his son, James, who composes and teaches music in Italy, but it has not found a publisher.

James Demby said his father read excerpts from the book in 2006 when he received anAnisfield-Wolf Book Award for lifetime achievement. The awards recognize books that address racism and diversity.

William Edward Demby Jr. was born on Dec. 25, 1922, in Pittsburgh. His father worked for a gas company and sang in a gospel group. His mother, whose lineage was partly Native American, was a schoolteacher.

After Mr. Demby graduated from high school, his family moved to Clarksburg, W.Va. He briefly attended West Virginia State University before he was drafted into the Army during World War II. He served in North Africa and Italy and wrote for Stars and Stripes, the Army magazine.

Soon after receiving a bachelor’s degree from Fisk University in Nashville in 1947, Mr. Demby returned to Italy, where he met Ms. Drudi in 1950. She died in 1995. During the ’50s he wrote dispatches on the civil rights movement for The Reporter magazine, published in New York.

His second wife and son are his only immediate survivors. He met Ms. Morris, a former lawyer for the N.A.A.C.P., at Fisk, and they married in 2004.

In 1969,  Mr. Demby began teaching English at the College of Staten Island of the City University of New York, though he continued to spend part of his time in Italy. He retired in the late 1980s.

He once told The Bloomsbury Review that he recognized his uncertain standing among some critics. “I believed, as I still do, that a black writer has the same kind of mind that writers have had all through time,” he said. “He can imagine any world he wants to imagine.”
http://www.nytimes.com/2013/06/01/arts/william-demby-novelist-and-reporter-dies-at-90.html?hpw

Martin Delany: Why did the "Father of Black Nationalism" become a recruiter for the Union Army???