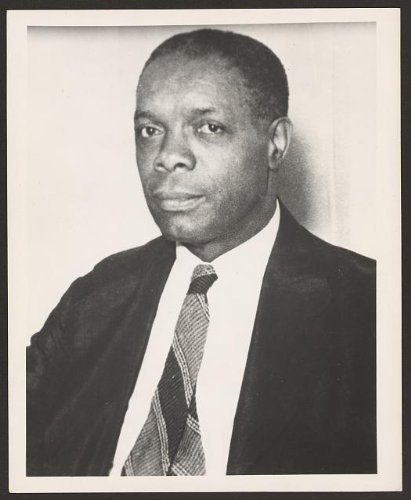 William Pickens, who was born in South Carolina, spent his formative years in Woodruff County and Argenta, now North Little Rock (Pulaski County). He went on to become a nationally known orator, scholar, journalist, and essayist.

William Pickens was born near Pendleton in Anderson County, South Carolina, on January 15, 1881. He was the sixth of ten children born to former slaves Jacob and Fannie Pickens. His father was a tenant farmer, and his mother worked as a cook and washerwoman.

In 1888, they were lured to Woodruff County, Arkansas, by an immigration agent who promised them better employment and educational opportunities. At this time, such agents were scouring South Carolina for dissatisfied African Americans willing to work on Arkansas farms. The custom in these situations was to have an Arkansas farmer pay the fares of the family; the family would then work on his land until the debt was paid. The reality, though, was merely another form of slavery. Jacob Pickens farmed in the summer and felled trees in the winter. Fannie cooked and took in washing. The first year, the children were kept out of school to help. The second year, they attended only the short midwinter and midsummer sessions of the plantation school. Despite their hard labor, however, the family could not get ahead, and their debt kept growing.

Jacob Pickens eventually found a landowner in Galloway (Pulaski County), near Little Rock (Pulaski County), who would pay their fares and rent them a small farm. The family escaped Woodruff County by night to reach their new home. Once again, the children were kept out of school for a year to help pay off the debt.

In 1891, the family moved to Argenta in search of better educational opportunities for the children. Argenta had a nine-month school for African Americans under the supervision of J. S. Pleasant. There, Pickens received his first real schooling and discovered a love of learning. He attended the Argenta school for four years, doing errands and other small jobs to earn money for books.

In October of his fourth year at school, his mother died. Pickens found a place to earn his board by working from 4:00 a.m. until school started and then again after school until 7:00 p.m. He also worked on a skiff ferry between Argenta and Little Rock.

Once he finished grammar school, he found that there was neither a high school nor a private school nearby that he could attend. There was a high school across the river in Little Rock, but non-residents could not attend without special permission, and they were charged $2.50 per month to study there. Fortunately, the principal of the Argenta school was a boarder in the home of the principal of the Little Rock school and was able to arrange for Pickens to take the entrance exams. He passed them all with perfect scores and was admitted.

During his first year, he continued to work on the ferry in the summer and on weekends to earn money for his fees. However, after that first year, a free bridge was opened across the river, and the ferries were no longer necessary. He then held a number of jobs, working at a stave factory in Argenta, as the Sunday watchman in the local lumberyard, and as a janitor at Key’s Business College. These latter two jobs afforded him time to study.

He graduated from high school in 1899 as the valedictorian of his class. The pastor of the First Congregational Church of Little Rock, a graduate of Talladega College in Alabama, volunteered to write an introductory letter to the president for him. While waiting for a reply, Pickens took a job with his father working on the construction of the Choctaw Railroad. By early fall, when he had not heard from the president of Talladega, he went there in person, tuition in hand, and was admitted. He received a BA from Talladega in 1902, and a second BA from Yale University in 1904. He was also the second African-American student at Yale to be elected to the honor society, Phi Beta Kappa. As a junior at Yale, he was the first black student to win the prestigious Henry James Ten Eyck prize for oratory. In 1908, he received an MA from Fisk University. On August 10, 1905, he married Minnie Cooper McAlpine.

Pickens spent the next ten years working in higher education, first at Talladega, then at Wiley University in Marshall, Texas, and finally at Morgan College in Baltimore, Maryland. He had been involved in the National Association for the Advancement of Colored People (NAACP) from its beginnings and eventually became its field secretary. He was a contributing editor for the Associated Negro Press for twenty-one years and was able to use this forum to advocate for civil rights in more than one hundred newspapers across the country. Among his published books were the autobiographies The Heir of Slaves (1911) and Bursting Bonds (1923), as well as essay collections The New Negro: His Political, Civil and Mental Status (1916), The Vengeance of the Gods and Three Other Stories of the Real American Color Line (1922), and American Aesop, Negro and Other Humor (1926).

In 1942, Pickens left the NAACP to work for the U.S. Department of the Treasury. He retired from government work in 1950. He died aboard a cruise ship off the coast of Jamaica on April 6, 1954, and was buried at sea. He was survived by his wife and three children.

Avery, Sheldon. Up from Washington: William Pickens and the Negro Struggle for Equality. Newark: University of Delaware Press, 1989.