A woman accused of killing a pregnant Wisconsin woman and trying to steal her full-term fetus never meant for the mother or her unborn child to die, a defense attorney told jurors.

During the Milwaukee trial of Annette Morales-Rodriguez, 34, yesterday, public defender Debra Patterson admitted her client hunted down a young woman in the late stages of pregnancy and used a blade to slice out the fetus.

But Patterson said the key legal question was whether Morales-Rodriguez intended to kill 23-year-old Maritza Ramirez-Cruz or her unborn son – and she claims she didn’t. 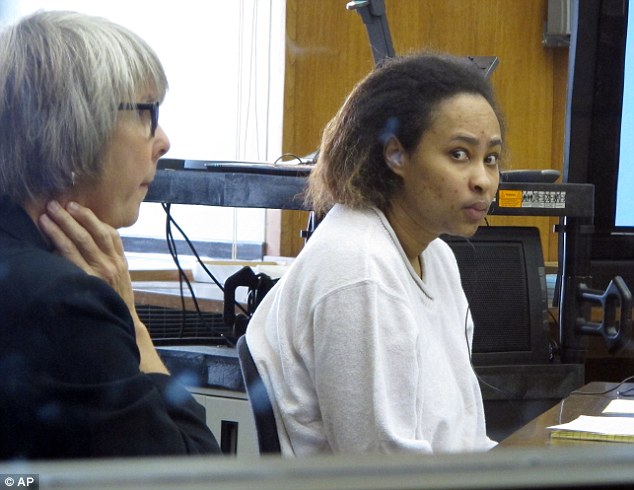 On trial: Annette Morales-Rodriguez, right, appeared at her Milwaukee trial yesterday to face charges that she killed a pregnant woman and tried to steal her full-term fetus

‘We submit to you that Annette engaged in criminally reckless conduct, but she did not intend to kill Maritza,’ Patterson said in opening statements.

Morales-Rodriguez has pleaded not guilty to two counts of first-degree intentional homicide, including homicide of an unborn child.

A conviction on either count carries a mandatory life sentence, although a judge could allow for the possibility of parole. Wisconsin does not have the death penalty.

Last week, her lawyers switched from an insanity defense after a court-appointed doctor did not find evidence to support such a plea.

In his opening statement, prosecutor Mark Williams sketched a grisly summary that he said explained how Ramirez-Cruz died in 2011.

He played the seven-minute 911 recording in court, which nearly reduced one female juror to tears as Morales-Rodriguez could be heard sobbing that the baby wasn’t breathing. 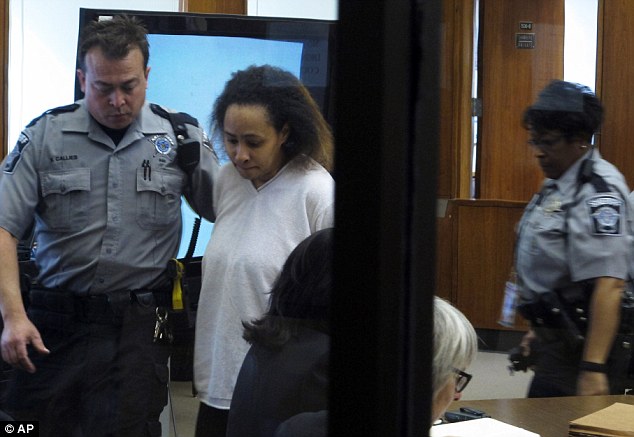 Wanted a baby: A bailiff escorts Annette Morales-Rodriguez, centre, to her seat yesterday 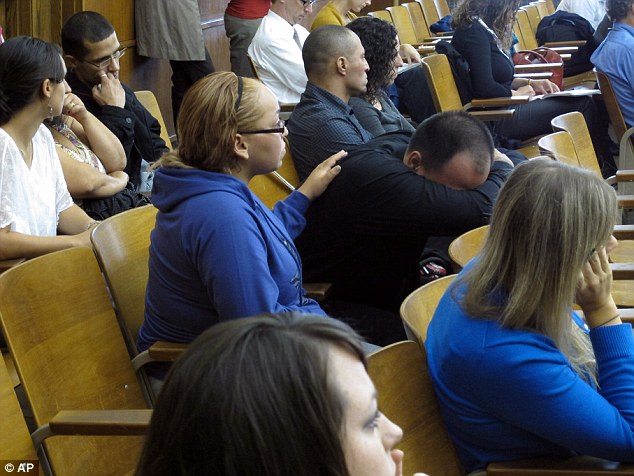 Difficult: Christian Mercado, husband of Maritza Ramirez-Cruz, cries during the trial over the attacking and disemboweling of his wife

Williams told jurors they would see video footage of the defendant and victim together, first at a community center that provides social services to Hispanics and later at a drugstore.

He also promised to play a 90-minute videotape of the defendant’s statement to police, in which he says she provided details that matched what police later found.

Williams showed a number of graphic pictures, including an autopsy photo of Ramirez-Cruz’s disemboweled lower torso.

Morales-Rodriguez sat in silence throughout the proceedings, her eyes fixed on the table where she sat and her expression unchanged.

Prosecutors allege Morales-Rodriguez was so desperate to have a fourth child that she lied three times about being pregnant.

The first two times, she fabricated stories about miscarriages. The third time, she plotted to steal a baby by kidnapping a woman in the late stages of pregnancy, Williams said. 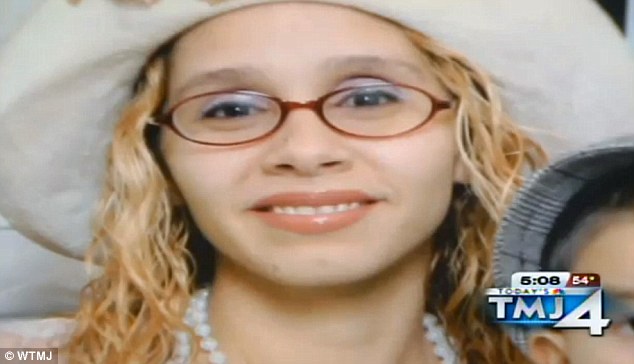 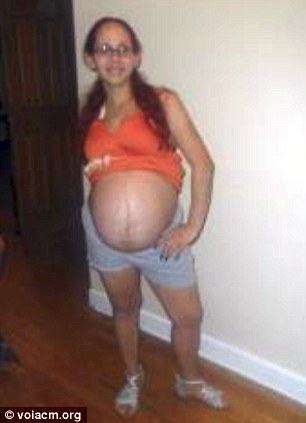 Victim: Maritza Ramirez-Cruz, 23, was expecting her fourth child when she was murdered last October. Her baby boy, who she planned to call Omar, also died 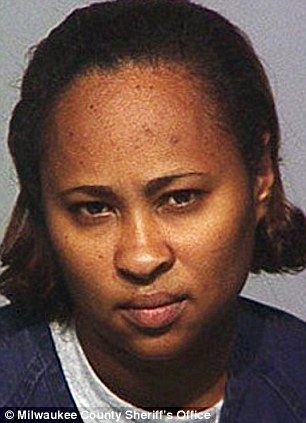 Accused: Morales-Rodriguez, pictured, admitted she had scoured the suburban Milwaukee neighbourhood for two weeks looking for a pregnant woman whose child she could steal

The defense acknowledged many of those details. But Patterson argued Morales-Rodriguez was blinded with desperation as her supposed due date approached.

Morales-Rodriguez considered a number of options: telling her boyfriend the truth, faking another miscarriage, taking a baby from a pregnant woman, committing suicide, Patterson said.

But those were thoughts, she said. Morales-Rodriguez really didn’t know what to do.

Patterson acknowledged that Morales-Rodriguez offered Ramirez-Cruz a ride, thinking about stealing her baby but feeling so petrified during the car ride that she considered just taking the young woman home.

Instead Morales-Rodriguez stopped off at her own home to change her shoes, leaving Ramirez-Cruz alone in the car. Moments later, when Ramirez-Cruz knocked on the door to use the bathroom, ‘it was at that point she acted on an extreme desire to acquire a baby,’ Patterson said. 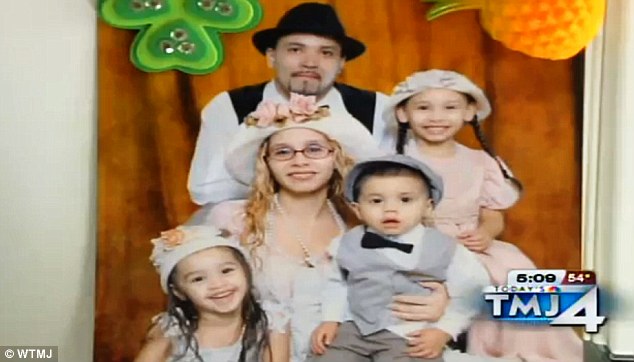 Family torn apart: The mother, pictured centre, already had three children before she was murdered

Investigators say Morales-Rodriguez bludgeoned Ramirez-Cruz with a baseball bat, then choked her until she passed out. She then bound Ramirez-Cruz’s feet and hands with duct tape and also taped over her mouth and nose, according to the criminal complaint.

Morales-Rodriguez sliced out the baby with an X-Acto knife but the boy wasn’t breathing, the complaint said. In a panic, she called 911 and told the dispatcher she just delivered a baby in the shower even though she didn’t know she was pregnant.

One of the first emergency responders, Milwaukee firefighter Wendi Coon, testified that after the baby was declared dead, Coon and other paramedics swaddled the boy and handed him to the presumed mother for emotional closure.

‘But it struck me as odd how she held him,’ Coon said. ‘She held him away from her, and she kind of looked at him as an object.’

Authorities grew suspicious when the medical examiner found evidence that the baby wasn’t the product of a natural birth. A subsequent examination verified Morales-Rodriguez hadn’t given birth.