A mother-of-two who was denied a restraining order against her estranged husband was shot dead by the 33-year-old on the same day the divorcing couple were scheduled to appear in court.

Ingrid Agbebaku, 32, obtained a temporary restraining order against Eugene Agbebaku after he became ‘dangerously unstable’ following his February arrest for soliciting a female detective for sex, according to theTampa Bay Times.

But, last month, that order was dissolved after a judge said Ingrid did not have enough evidence to prove it was necessary. 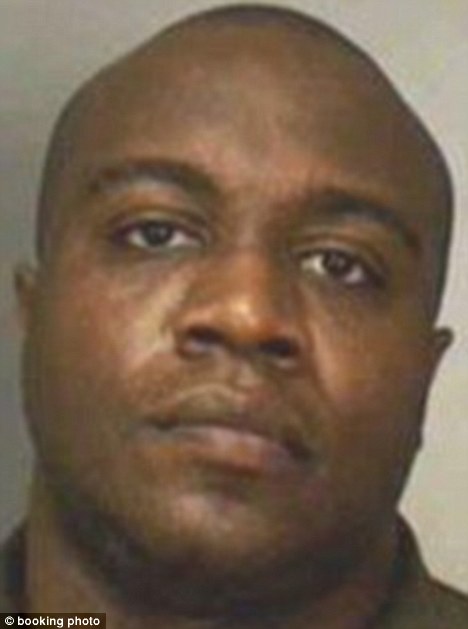 But, on Tuesday, Eugene broke into a Clearwater home where Ingrid was staying with her grandmother and shot her dead with an assault rifle while their two children, aged five and 22 months, were inside.

He then left the property and fatally shot himself.

A neighbour who heard the gun shots went outside to find the couple’s two children standing on the street, crying.

The newspaper reported that Eugene tried to commit suicide in late February after his arrest in the prostitution sting. 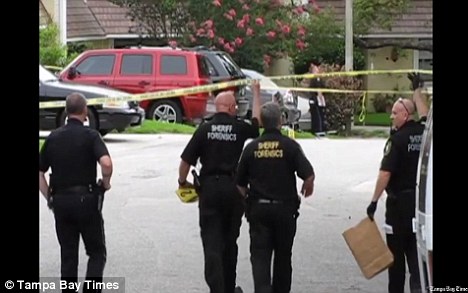 Crime scene: Detectives scour the area in Clearwater, Florida, after the murder-suicide 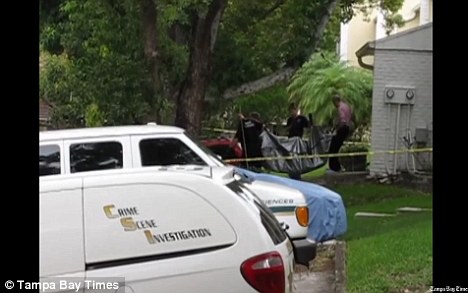 Tragic: Detectives remove what appears to be a body bag from the home where Ingrid was staying with her grandmother

Eugene, who works as a UPS driver, solicited an undercover female detective for sex and requested to not use a condom.

He later confessed to police later that he want to contract a disease and admitted to hiring prostitutes three to four times a week for unprotected sex.

She told how he had broken into the family home and destroyed a television after a brief stay in a mental-health treatment facility.

‘I am afraid that his mental instability will harm us in the future,’ Ingrid wrote in the request for the restraining order.

But Pinellas-Pasco Circuit Judge Pat Siracusa dissolved the restraining order on May 7 after reviewing her petition.

‘While my heart goes out to the victim’s family, and I fully understand their grief, I am bound by the laws of the state of Florida when I am asked to rule on these requests for injunctions,’ Siracusa told the Tampa Bay Times after the deaths.