A woman whose mother threw her in a pile of burning trash minutes after she was born has finally come face-to-face with the woman who nearly ended her life.

Amy Woodward-Davis, who is now 41 years old and a mother herself, survived horrific third and fourth-degree burns that covered 70 per cent of her body.

She was born to a 16-year-old mother who didn’t know she was pregnant until she gave birth to Amy in the bathroom of her Kansas City home. 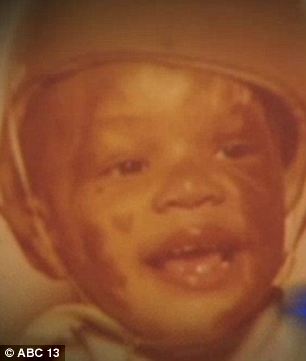 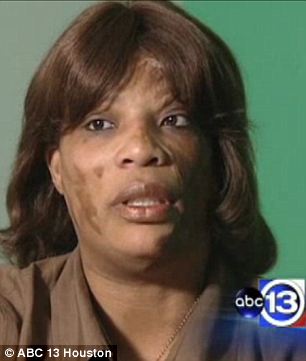 Then and now: Just minutes after she was born in 1971, Amy Woodward-Davis was thrown in a burning pile of trash and has since undergone more than 200 surgeries to treat her life-threatening burns

She was discovered by her grandfather who thought he heard a crying kitten. When he looked in the backyard, he found that it was a newborn baby, wrapped in newspapers in a pile of burning trash.

The burns were so bad her race was not immediately clear.

The Houston Chronicle tells the story of how Amy, known at the time as ‘baby girl x’,  was treated and spent more than two decades in and out of Shriner’s Hospital which specializes in treating burn victims.

Amy was adopted by Shriner’s burn technician Lena Woodward and her husband after they spent a year as the young girl’s foster parents.

At the age of 5, Amy became curious about why she was being teased by her classmates about her burns.

Mrs Woodward and her husband decided to explain the issue in the simplest of terms, saying that she used to have a bad mama who burned her but now she has a good mama who won’t.

As time passed, that served as sufficient explanation for Amy, who was more focused on getting through her 200 surgeries and her schooling. When she was 21, Amy decided that she was done with having surgery. 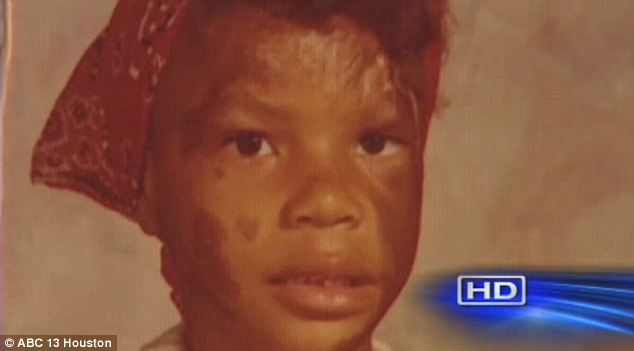 Healing: Amy was adopted by a burn technician who worked with her at a specialty hospital where she was treated for 22 years

‘I’m all right with myself,’ she told The Chronicle.

‘At some time in your life you have to be at ease with your mind on how you’re going to look, and this is how I’m going to look.’

In 2009, when Shriner’s announced a significant staff cut, Amy told ABC 13 that the hospital workers made her feel like she was at home during her 22 years as a patient, and that they helped her come to terms with what happened.

‘I didn’t look like this before and I know I didn’t I had to get burned to look like this and I accept that. They did a wonderful job with me,’ she said at the time.

Amy has since reconnected with both her biological mother and father, who was 19 and living in California at the time of Amy’s birth. 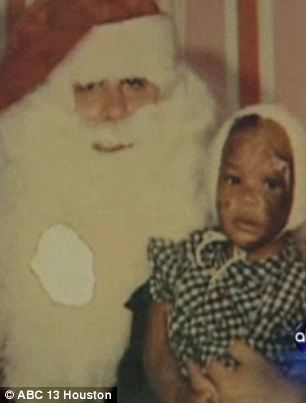 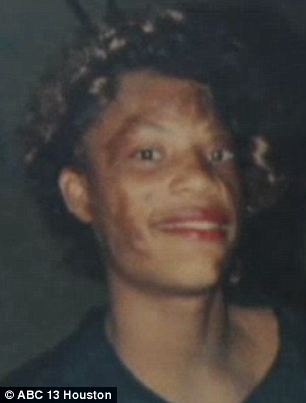 Growing up: Amy learned she was adopted at age five, but it wasn’t until this May that she finally met with her biological mother face-to-face, though she still won’t answer why she threw her in the trash

In 2006, Amy spoke to her biological father for the first time. That phone call was the first time that her father learned that Amy existed.

Just this May, Amy took the biggest step towards resolution by visiting the family home where she was found burning in the backyard pile of trash.

Her biological mother and father, who have since married and had two other children, gave her a tour of the house but one room the skipped was the bathroom where Amy was born.

‘I didn’t want to face the fact that this is where I was born and nobody took my life seriously. I was born in this bathroom, and the next thing you know I was burned up,’ she said.

During the visit, she and her mother exchanged glances and pleasantries but the looming question went unanswered: Amy has asked her mother several times what happened on the day of her birth, but her mother has never answered.

In that effort, Amy went into social services after completing her undergraduate and master’s degrees and now works as an adoptions caseworker in Child Protective Services.