As a young girl, Dorothy Flood would take a train with her family to visit relatives in the South, but because of the color of their skin, none of them were allowed in the dining car.

More than six decades have passed since, but Flood’s desire to dine in style aboard a train remained, and in May, the now 75-year-old woman finally got a chance to make her dream a reality.

On May 30, Flood flew from Houston, Texas where she lives in a retirement home, to Canon City, Colorado, to get on the Royal Gorge Route Railroad and have the meal that has been 65 years in the making, the Grio reported. 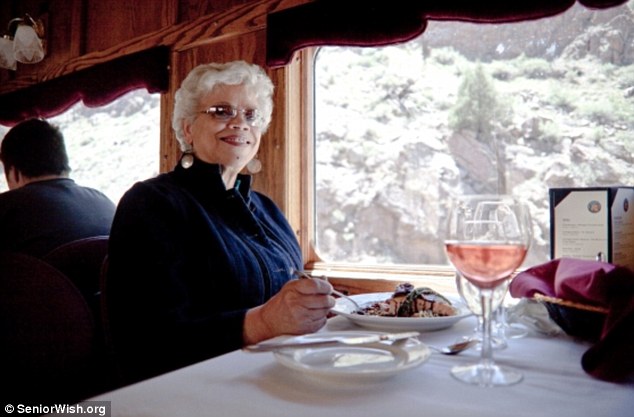 Dream come true: Since her childhood, Dorothy Flood has dreamed of having a meal in a train dining car like the one on the luxurious Royal Gorge Route Railroad

Flood grew up in the ethnically diverse and tolerant Jersey City, New Jersey, but every summer, from the time she was six until she was nine, she would travel by train with her grandmother to the deeply segregated North Carolina, which was like another country to her.

On each trip, Flood recalled she always wondered why when the train reached a certain part of the country, she had to move.

‘When we’d get to Baltimore, that was the Mason-Dixon Line,’ Flood told NPR. ‘The African-Americans would go in the back…and white people would go into separate cars.

‘Suddenly I would notice that I was in a car with all black people.’

That separation became more evident when it was time to eat. Flood’s grandmother and many other African-American families around them carried their meals in shoe boxes when traveling by train.

‘Each box would have fried chicken, a hard-boiled egg, pound cake and fruit,’ she recalled.

‘Up until today I have not tasted fried chicken so delicious.’ 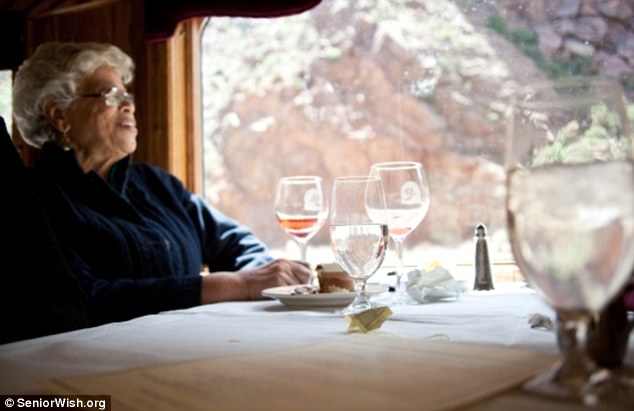 Better late than never: Flood’s trip was made possible by the Brookdale Senior Living and Wish of a Lifetime that grants wishes for seniors 65 years and older 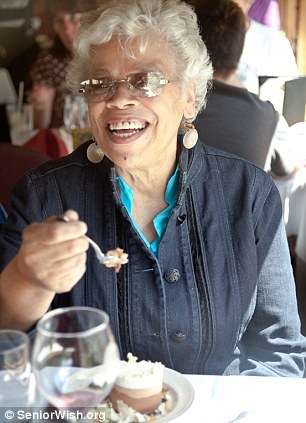 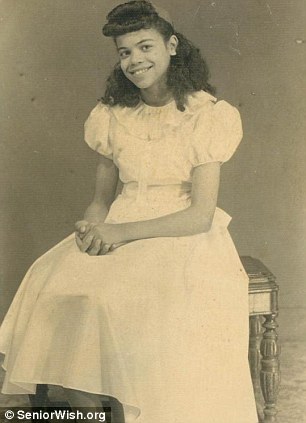 Then and now: As a young girl, Flood would take the train with her grandmother to North Carolina, but none of the blacks were allowed to eat in the dining car

Still, Flood would peer longingly through the etched glass windows of the dining car to gaze on the white passengers having their meals.

‘It wasn’t that I was angry, but I couldn’t  believe it  because back in Jersey City we could be around  everyone.

‘I would ask my grandmother why and she would say, ‘It’s not your problem, it’s their problem,’ Flood told the Grio.

Flood said that as someone who grew up and attended college in the more tolerant and integrated Northeast, she was never actively involved in the civil rights movement of the 1950s and 1960s.

Years later, she felt ashamed of herself for not caring enough about those who were being so viciously persecuted in the South – something she witnessed first-hand on her trips to North Carolina as a little girl, according to NPR. 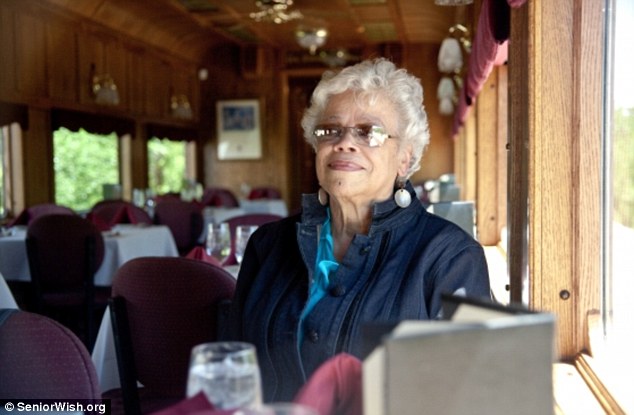 Bittersweet: Flood declined to see the observation deck and stayed in the dining car for the entire trip, imagining her grandmother sitting next to her 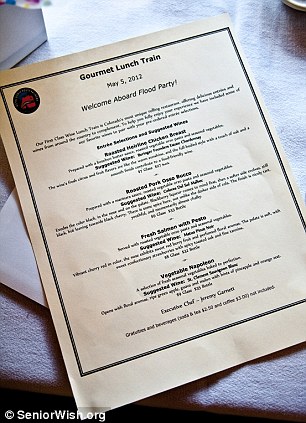 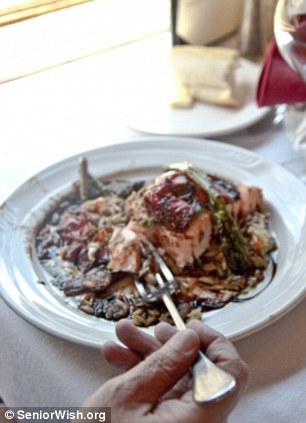 The train trips eventually stopped after Flood’s family got a car, but her thoughts would still turn to that dining car every so often.

When she was asked by the activities director of her retirement home if there was something that she wanted to do all of her life, eating in the dining car of a train was the first thing that came to her mind.

The trip was made possible by the Brookdale Senior Living and former gold medal Olympian Jeremy Bloom’s Wish of a Lifetime that grants wishes for seniors 65 years and older – and recipients need not be ill or dying to qualify.

Flood’s wish was an easy one to fulfill.

As she boarded the train on May 30, Flood was escorted to the first-class dining car – a masterpiece of oak, brass, glass and crisp white linens. 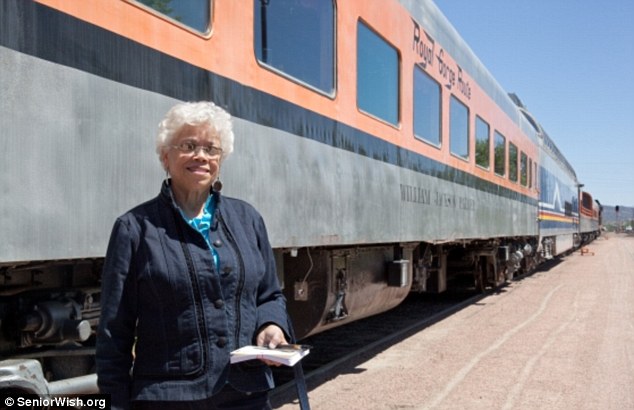 Last ride: Flood vowed never to take another train trip again so that this one would always be special in her memory

A waiter with a white napkin slung elegantly over his arm hovered nearby with a glass of chilled zinfandel.

‘I can’t believe it. I don’t remember it being quite this elegant, but then again, I never was in there,’ Flood said.

She had the opportunity to go to the observation deck on the train, but Flood decided to stay in the car the entire ride and imagine her grandmother sitting beside her, just like six decades ago.

‘It’s fabulous. And I know my grandmother’s spirit — she’s right here with me. She’s probably smiling and laughing…after all these years,’ she said.

Three hours after pulling out of the station in Canon City, the train made its way through the Rocky Mountains along the Arkansas River and reached its final destination. Flood’s wish was over, and she vowed never to ride another train again.