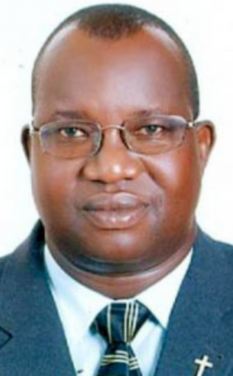 Women in Uganda who go out wearing mini-skirts could face jail or a heavy fine under draconian new anti-pornography laws.
The legislation would also see television dramas and films banned if it is passed by parliament.
The Anti-Pornography Bill 2011 proposes that those found guilty of abetting pornography be fined up to 10 million Ugandan shillings (£2,500) or jailed for up to 10 years, or both.

Simon Lokodo, Uganda’s ethics and integrity minister, who proposed the  Bill, said: ‘Any attire which exposes intimate parts of the human body, especially areas that are of erotic function, are outlawed. Anything above the knee is outlawed. If a woman wears a miniskirt, we will arrest her.’
The bill, which is backed by Deputy Attorney General Fred Ruhindi, would also see many films and TV dramas banned from the airwaves and internet use monitored.
Mr Lokodo, a former Catholic priest defrocked by the Vatican for his involvement in politics, said that would mean that celebrities such as Beyoncé and Madonna would be banned from Ugandan television.

‘Television should not broadcast a sexy person,’ he said.
He added: ‘On the internet, we’re going to put a monitoring system so we know who has watched which website and we know who has watched pornographic material.’
Mr Lokodo said the Bill was needed to protect women and children against exploitation and curb increasing immorality.
If passed, the proposed law would mark a return to the era of dictator Idi Amin, who banned short skirts. 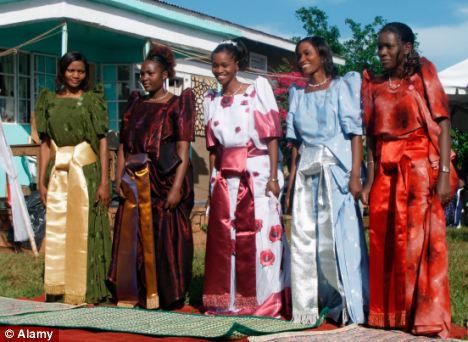 Traditional modesty: Mr Lokodo argues he wants to shield women from sexual exploitation by having them cover up

Many Ugandans are against the idea and some have taken to Twitter to express their outrage using the hashtag #SaveMiniSkirt.
But on Thursday the draft law ran into problems when some members of the Legal and Parliamentary Affairs Committee voiced concerns about its implications for freedoms guaranteed in the Constitution.
MPs said the Bill’s definition of pornography was too broad and said it went against Uganda’s tradition of being a tolerant country.
The Bill defines pornography as any cultural practice, behaviour or form of communication that depicts naked breasts, thighs, buttocks or genitalia.
The definition also includes anyone engaged in explicit sexual activities, erotic behaviour intended to cause sexual excitement and any indecent act or behaviour tending to corrupt morals.
But MPs criticised the lack of definition about what constituted ‘decent dressing’ and said the Bill could inhibit the sexual behaviour of married couples.

They asked the Government to stop curtailing freedoms, which they said could scare away tourists. 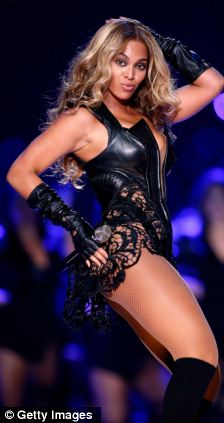 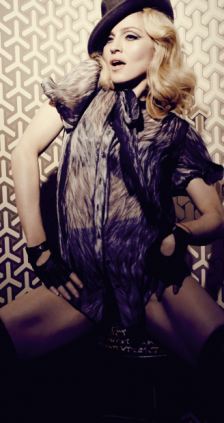 Less of that, please, ladies: the Bill would ensure that singers such as Madonna and Beyoncé are taken off air because of their immodest dress, says Mr Lokodo

Mr Lokodo responded by saying that the legislation will not outlaw ‘any act or behaviour between spouses or couples performed in fulfilment of their conjugal rights and responsibilities, where such matters are strictly private.’
He said that one of the dangers of pornography is that it fuels sexual crimes against women and children, including rape and child molestation.

He suggested that women who were victims of sexual violence were sometimes attacked because of their provocative dress.
‘One can wear what one wants, but please do not be provocative,’ he said. ‘People who are indecently dressed … do it provocatively and sometimes they are attacked.

‘An onlooker is moved to attack her and we want to avoid those areas. He is a criminal but he was also provoked and enticed.’
While some committee members said that pornography was already outlawed under Ugandan law, Mr Lokodo said that the existing laws only covered the publication of obscene material and that the issue of pornography transcended publication.
Mr Lokodo is no stranger to controversy. Last year he raided a workshop for gay activists and announced a ban on 38 pro-gay groups, saying they were undermining the national culture by promoting homosexuality.
Read more: http://www.dailymail.co.uk/news/article-2304913/Ugandan-women-wearing-miniskirts-face-arrest-new-anti-pornography-laws.html#ixzz2PpnQiMlb