Papua New Guinea
Season 1 Episode 5
Aired date: Oct 7, 2008
Plot: Rated the worlds most dangerous city in 2005 and hasnt left the top 10 in the list ever since, Papual New Guinea’s capital Port Moresby is overrun by deadly gangs who terrorise the city with violent crime. Cameras follow cops as they bring in the country’s most wanted man and his gang, and travel into the lawless bush lands – highlighting how policing a country of 800 different tribes is one of the toughest jobs in the world. Vinnie Jones Toughest Cops Season 1 Episode 5 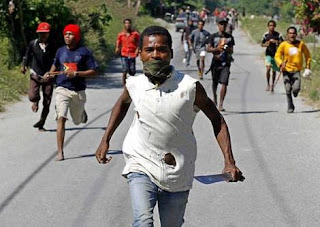