For Richard Henry Green, recently declared to have been Yale College’s first known African-American graduate, fame, or at least the certainty of his claim on history, was fleeting.

Just last month, an Americana specialist at the Swann Auction Galleries made public the discovery that Mr. Green, the son of a New Haven bootmaker, had attended Yale 17 years before Edward Bouchet, an 1874 graduate previously thought to have broken its color barrier. But while Mr. Bouchet spent a century and a half on that pedestal, his accomplishments praised with every honor, from academic symposiums to undergraduate fellowships to a portrait in Yale’s main library, the scant weeks since Mr. Green unseated him have brought nothing but new challengers. 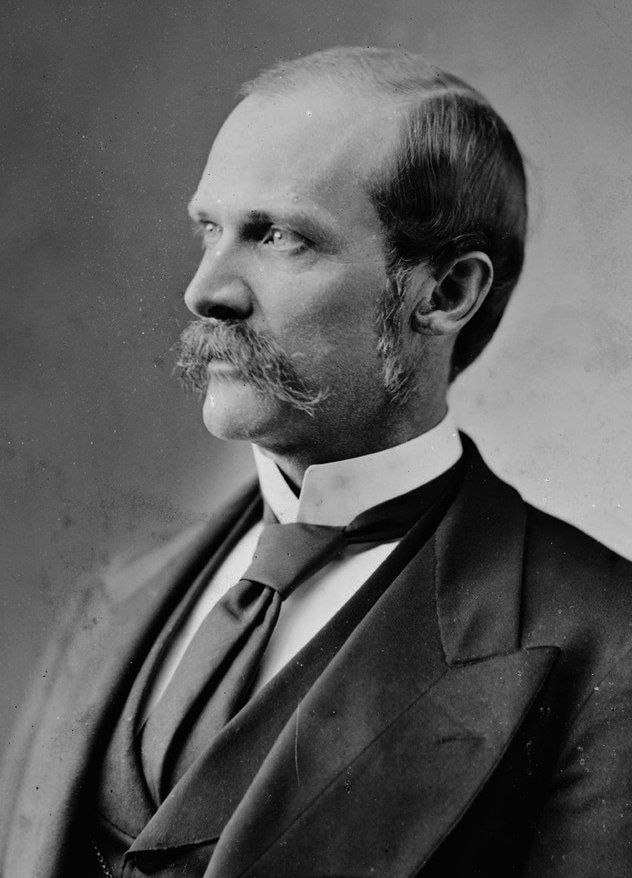 The great-grandfather of Randall Lee Gibson may have been a “free man of color.” (Credit Library of Congress)

According to an article in the journal Afro-Americans in New York Life and History, a man named Moses Simons may in fact have been the first undergraduate to break Yale’s color barrier. This possibility is remarkable not just because Mr. Simons graduated long before either of the two previous contenders — all the way back in 1809, when Thomas Jefferson was president — but because Mr. Simons is already celebrated for breaking an entirely different sort of barrier.

The 1986 book “Joining the Club: A History of Jews and Yale” conferred that designation on Mr. Simons. Laura Copland, the author of the more recent scholarly article, has dug up evidence that Mr. Simons was charged some years after graduation with assault and battery after he was denied entry to a dance hall — on account of his dark complexion.

The record of Mr. Simons’s trial includes references to him as “coloured,” and to the discomfort that he aroused in some “Southern gentlemen.” And the author of that trial record ended his account with a rant about keeping America free of “the African tinge.”

What’s more, a number of men in the Jewish, slave-owning Simons family of Charleston, S.C., were known to have fathered children of mixed race.

But as strongly as the trial record implies African ancestry, Dale Rosengarten, founding director of the Jewish Heritage Collection at the College of Charleston, cautioned that “unless you can actually know who the parents were, you don’t actually know.” She added: “If this man did have a dark complexion, darker than the average Caucasian, it’s possible that he had other admixtures.” 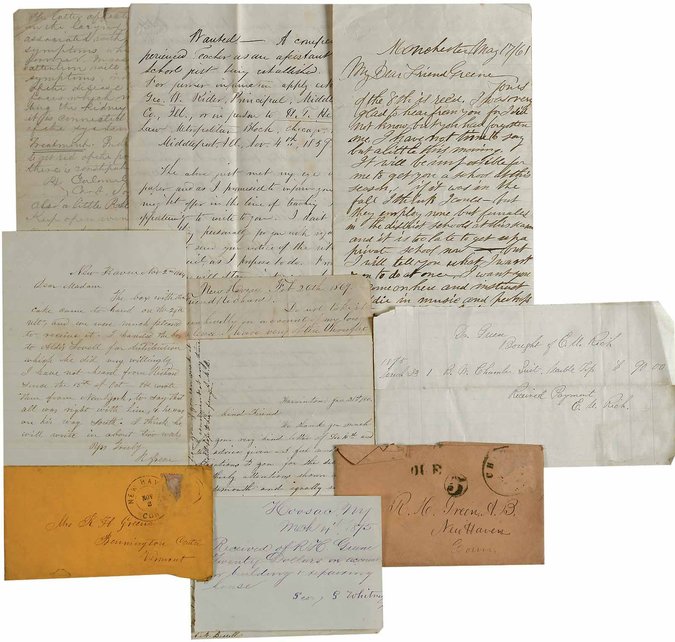 A letter collection that led to Richard Henry Green’s gaining a Yale distinction that once belonged to Edward Bouchet, an 1874 graduate. (Credit Swann Auction Galleries)

Meanwhile, the Yale Alumni Magazine has identified another possible heir to the title of first African-American graduate: Randall Lee Gibson, a member of the class of 1853. In his book “The Invisible Line,” Daniel J. Sharfstein, a law professor at Vanderbilt University, presents evidence that Mr. Gibson’s great-grandfather was a “free man of color.” But crediting Mr. Gibson with such a distinction presents its own challenges, since by the time he was born, three generations later, his family was rich, slave-owning and, by all accounts, white. Mr. Gibson helped lead the Confederate Army, became a United States senator from Louisiana and declared black people to be “degraded.”

All of which points to the challenge, and perhaps the absurdity, of trying to declare with any finality who was the first.

When the evidence surrounding Richard Henry Green emerged, Judith Schiff, Yale’s chief research archivist, predicted that earlier candidates might yet emerge from the fog of history, and so, too, might they for the title of first Latino graduate, first Asian-American graduate and so on.

Ultimately, such titles are impossible to pin down decisively, because the concept of race is so difficult to pin down. It can change from one era of American history to another, from one social group to another, even from one family member to another.

Adam Wolkoff, a graduate student in history at Rutgers who has studied Mr. Green’s case, says that in the earliest years of the 19th century, race in South Carolina was not just a matter of skin color or of ancestry. Instead it was “very much shaped by wealth and class and other people’s idea of respectability. To me the fascinating part of the story is that it teaches us so much about what race meant then, and what the possibilities were for families that don’t necessarily fit our expectation.”

Black soldiers impact on civil war underestimated according to historian: war's death toll could be much higher