For many office workers the vending machine is an unavoidable source of stress or fury.

An enterprising young French man, however, has solved the problems of anyone who has encountered a malfunctioning vending machine by inventing a robot that can go inside one and ‘steal’ any item.

In a video posted to YouTube, user ioduremetallique controls the robot, which appears like a claw, with a hand-held game-pad. 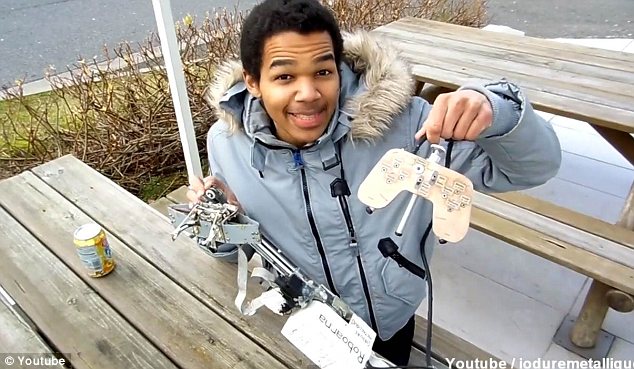 In a video posted to YouTube, a crafty engineer shows off a robot, controlled with a handheld panel, that can retrieve sodas from vending machines 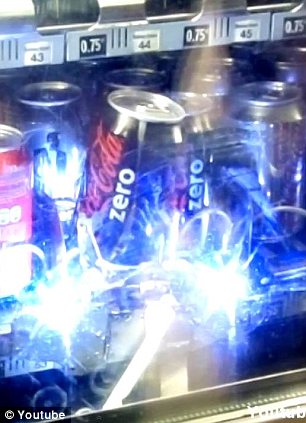 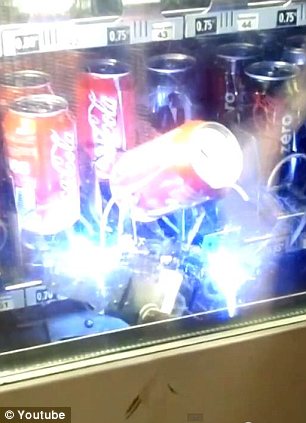 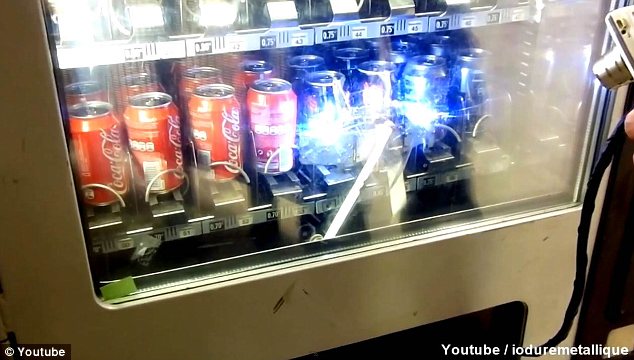 The robot, which resembles a giant claw, can be manipulated with the handheld panel outside of the machine

The video, which is in French, shows the young man demonstrating his invention and in the span of two minutes is able to use the robot to grab two soda cans.

A description of the video, translated from French, however warns, ‘This video was released in order to entertain and in no way [encourages] anyone to steal anything.’

Commentators on the YouTube video appear evenly divided over being impressed or disappointed of the perceived theft. 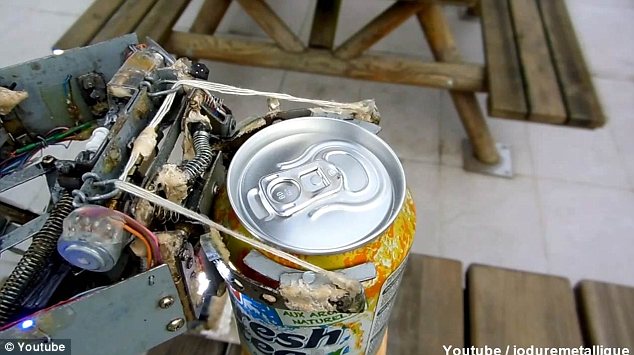 The engineer has posted several other technologically-savvy videos to his YouTube page, which boasts over 15,000 subscribers

This is not the first invention ioduremetallique has highlighted on his YouTube page.

Other videos show the engineer working on projects collecting rainwater and outfitting his bike with extra lights.

He has 15,000 subscribers and his videos have been viewed over two million times.