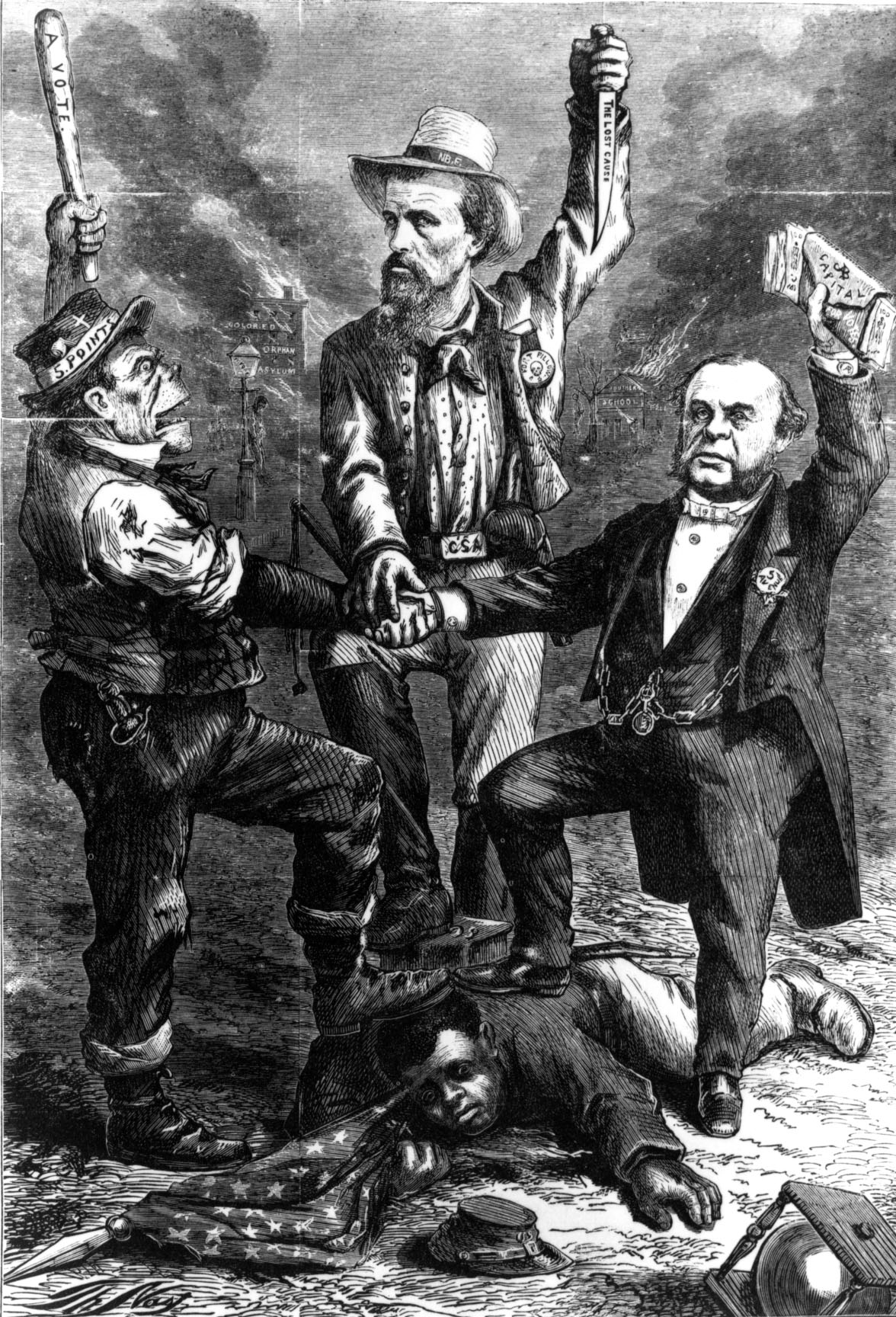 The Camilla Massacre, which took place on September 19, 1868, was one of the more violent episodes in Reconstruction Georgia. Two months earlier, Georgia had fulfilled the requirements of Congress’s Radical Reconstruction plan and been readmitted to the Union. Yet, in early September, the state legislature expelled twenty-eight newly elected members because they were at least one-eighth Black. Among those removed was southwest Georgia representative Philip Joiner. On September 19, Joiner, along with northerners Francis F. Putney and William P. Pierce, led a twenty-five-mile march of several hundred Blacks and a few whites from Albany to Camilla, the Mitchell County seat, to attend a Republican political rally.

Mitchell County whites, however, were determined that no Republican rally would occur. As marchers entered the courthouse square in Camilla, whites stationed in various storefronts opened fire, killing about a dozen and wounding possibly thirty others. As marchers returned to Albany, hostile whites assaulted them for several miles. News of the Camilla Massacre flashed over telegraph wires, and newspapers across the nation reported it. Republicans and Democrats used the massacre to fortify their positions on Reconstruction in the 1868 presidential campaign. The violence at Camilla intimidated some African Americans, who stayed home on election day. In other places, like Albany, white leaders committed fraud at the polls, deliberately misplacing many Black votes or changing them to Democratic ones. White Democrats, then the racial minority in southwest Georgia, carried the election.

Republican members of Congress were appalled at the violence and fraud and required Georgia to once more undergo military rule and Radical Reconstruction. The Camilla Massacre remained part of southwest Georgia’s hidden past until 1998, when Camilla residents publicly acknowledged the massacre for the first time and commemorated its victims.