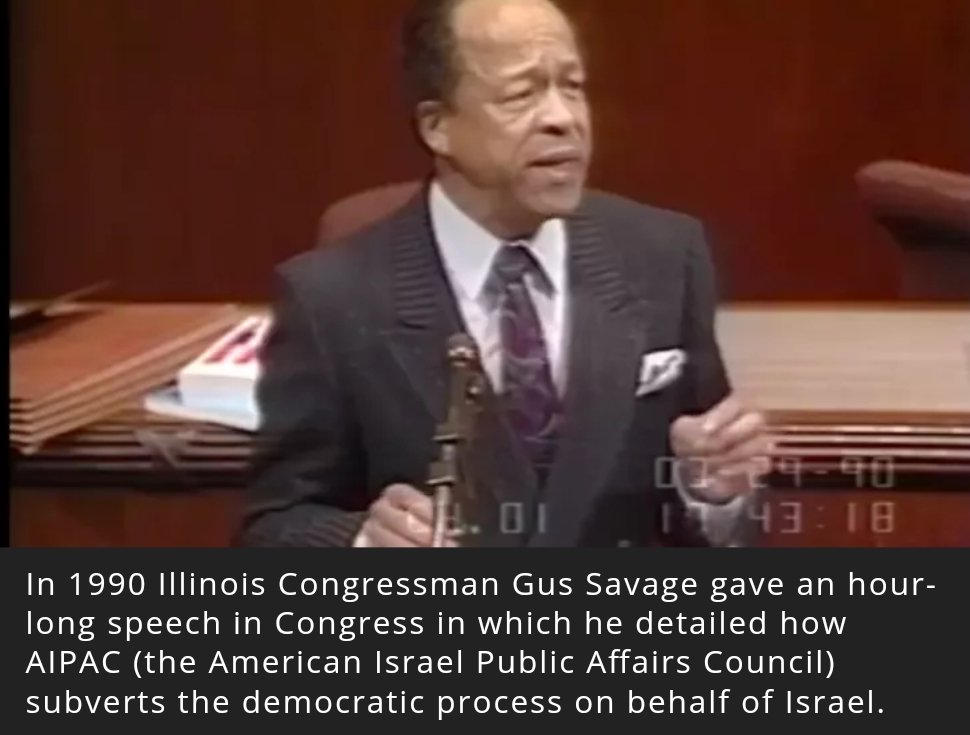 Collection of the U.S. House of Representatives
About this object

Gus Savage ascended to Congress as an outsider to elective politics. A veteran civil rights activist and pioneer African–American journalist, he used his strong community ties to earn a seat in the U.S. House from South Chicago. During his 12 years in Congress, Savage’s flamboyant personality and militant approach to highlighting racial inequalities in his district and around the nation made headlines and often provoked controversy.1 “I value my independence,” Savage avowed. “And I view struggle as desirable. I don’t crave acceptance. I march to my own tune. If the machine doesn’t like it, that’s tough. If my colleagues don’t like it, that’s also tough.”2

Born in Detroit, Michigan, on October 30, 1925, Gus Savage moved to the South Side of Chicago with his family at age five.3 He attended public schools in Chicago, graduating from Wendell Phillips High School in 1943. Savage served in a segregated unit of the U.S. Army from 1943 to 1946; the racial discrimination he witnessed contributed to his future radicalism.4 After he completed a tour of duty in World War II, Savage attended Roosevelt University in Chicago, where he earned a B.A. in philosophy in 1951. Enrolled in Chicago–Kent College of Law during 1952 and 1953, he changed his career to journalism in 1954 and later edited and published Citizen Newspapers, a chain of independent weekly newspapers based in Chicago.5 Savage married Eunice King on August 4, 1946. The couple had two children: Thomas James and Emma Mae. Savage’s wife died of lung cancer in 1981, and he never remarried.6

A lifelong civil rights advocate, Savage fought against discrimination in housing, employment, and labor unions. In the 1960s he chaired Chicago’s South End Voters Conference and the Protest at the Polls. Savage also served as the campaign manager for the Midwest League of Negro Voters.7 Savage organized and participated in a series of protests, including one against the National Tea Co. (an advertiser in his newspapers) to draw attention to the company’s poor record on minority hiring practices.8 He also played an important role in publicizing the brutal murder of Emmett Till by printing a photograph of the body of the 14–year–old African–American boy from Chicago who was killed in Mississippi for allegedly whistling at a white woman. The shocking photographs of the boy’s dead body, first published by Savage in TheAmerican Negro: A Magazine of Protest, as well as Jet and the Chicago Defender, caused a public outcry.9

Savage entered political life in 1948 as a Progressive Party organizer for former Vice President Henry A. Wallace’s presidential campaign against the incumbent, Harry S. Truman.10 The future Representative became involved in local politics as an outspoken critic of Mayor Richard J. Daley and the Chicago machine. Beginning in the 1960s, Savage used his newspapers to express his discontent with the white power structure that dominated the city during much of the 20th century. Not satisfied with watching from the sidelines, he made five unsuccessful bids for elective office at the local and the national levels before eventually earning a seat in Congress.11 Savage entered two Democratic primaries for one of Chicago’s U.S. House seats; in 1968 he lost to five–term incumbent William T. Murphy, and in 1970 he lost to the machine–backed candidate, Morgan Murphy, Jr.12

When Representative Morgan Murphy announced his retirement in December 1979, Savage joined the race to succeed him. Created in 1971, the predominantly African–American working–class congressional district formed a U–shape that encompassed much of Chicago’s far South Side, several suburban neighborhoods, and the industrial section surrounding Lake Calumet.13 In the Democratic primary, Savage faced the machine candidate, Reginald Brown, who was the principal of the Chicago Vocational School, in addition to Leon Davis and Robert Unger.14 Throughout the campaign, Savage emphasized his reputation as an independent politician and an alternative to the Chicago machine. After winning the primary by earning 45 percent of the vote, Savage commented, “All those years, you see, the machine was getting weaker, and I was getting stronger.”15 In the general election, Savage trounced his Republican opponent, Marsha Harris, a 25–year–old registered nurse, garnering 88 percent of the vote to become the district’s first African–American Representative.16 “For 32 years, some battles I’ve won and some I’ve lost,” Savage remarked after the election. “But those who know me know my objective in life has never been personal; so my satisfaction now is not personal.” He joined two other black politicians from Chicago in the 97th Congress (1981–1983)—Cardiss Collins and Harold Washington; it was the first time three African Americans represented Chicago simultaneously and an indication of the growing influence of Chicago’s black community.17

Savage became a Member of Congress on January 3, 1981. He later observed that he viewed his election to the House as “a vehicle to effect change.”18During his six terms he served on the Post Office and Civil Service, Public Works and Transportation, and Small Business committees. Savage chaired the Public Works and Transportation Subcommittee on Economic Development during the 101st and 102nd Congresses (1989–1993).

Savage’s primary concerns as a Representative focused on advancing the rights of African Americans and improving conditions in his Chicago district. In 1986 he sponsored an amendment to the National Defense Authorization Act for Fiscal Year 1987. A major legislative triumph, the amendment imposed the largest federal contract set–aside program in history on all military procurements, providing a possible $25 billion for minority–owned and –controlled businesses and institutions and historically black colleges. “I would only remind our colleagues that our great Nation, America, was founded on an impossible dream, and America was built by doing the improbable,” Savage had proclaimed, attempting to persuade the House to back his measure. “Do not limit your goal to the attainable; set your goal at what is right.”19 In 1988 he sponsored legislation to build a new federal office building in his district and urged the use of minority contractors for the expensive project.20 Savage also sponsored measures to reduce home mortgages in poor communities and fought to curb toxic pollution in his Chicago district.21

Savage used his position in the House to highlight issues he believed harmed African Americans. The Chicago Representative joined his Congressional Black Caucus (CBC) colleagues in blasting President Ronald W. Reagan’s economic agenda during the 1980s: “Reagan is a reverse Robin Hood, robbing the poor and giving to the rich,” Savage quipped, referring to a 1981 administration proposal that included tax cuts for wealthy Americans and decreased federal spending for programs to assist the poor.22 He also found fault with much of the President’s foreign policy, including the U.S. invasion of Grenada.23 The Illinois Representative favored military cuts for programs such as the Strategic Defense Initiative—a space–based missile defense system touted by the Reagan administration—and called for a reduction of the armed forces. “I don’t want to take young men into the Army to train them to kill,” he said. “I’d rather we send them to college to train them to heal.”24 A proponent of increased American attention on Africa, Savage toured the continent on several occasions, including congressional visits to Zimbabwe, South Africa, Zaire, Somalia, Angola, and Kenya.25

One of the more outspoken Members of the House, Savage often lashed out against Congress’s record on civil rights, accusing the government of applying many “Band–Aids and salves” but failing to succeed in the “liberation of black people.”26 He also provoked anger from some for implying that the U.S. was excessively concerned with Israeli interests because of a strong Jewish lobbying presence. One of only three Members of the House who voted against a resolution requesting the United States to withhold funds from the United Nations if Israel was barred from participating in General Assembly proceedings, Savage declared, “the powerful Zionist lobby in this country must understand that it can no longer dictate to every member of Congress.”27 Savage also found his actions scrutinized on several occasions, including a confrontation with the District of Columbia police involving a traffic violation committed by his son, an investigation by the Federal Election Commission of incomplete financial reports for his campaign, and his congressional attendance and voting records.28 In 1989, the House Ethics Committee, chaired by Savage’s fellow CBC member Julian Dixon of California, investigated allegations of sexual misconduct involving a Peace Corps volunteer while he was on an official congressional visit to Zaire. The subsequent public report condemned the Representative’s behavior but did not recommend punishment, citing Savage’s effort to apologize to the volunteer.29 Covered widely by the media, the incident soured an already–volatile relationship between Savage and the press. Questioned by reporters, Savage said the “white racist” press had attacked him unfairly, asserting, “Black leadership is under attack in this county, and I’m the No. 1 target.”30 Savage granted few interviews as a Representative, preferring to disseminate information about his House record through his weekly newsletter.

Unable to capitalize on his status as an incumbent, Savage had many competitive primary races during his career and never received more than 52 percent of the vote.31 In three successive primaries he was opposed by Mel Reynolds, a former Rhodes Scholar and a South Side professor. However, Savage had the advantage of running against multiple contenders until his final primary election on March 17, 1992, in which he faced only Reynolds.32 Redistricting, in addition to the intense rivalry between the two candidates, complicated Savage’s bid for a seventh term in the House. The district’s redrawn boundaries encompassed more suburban neighborhoods, which ultimately aided Reynolds by depriving Savage of some of his most loyal urban voting base.33 Savage lost by an unexpectedly wide margin of 63 to 37 percent.34 In his concession speech, he stated, “I have tried to serve as best as I know how.”35 After leaving the House, Savage continued to live in Washington, D.C. He died on October 31, 2015, the day after his 90th birthday, in Chicago, Illinois.

3Frank James, “Behind the ‘Scenes’: Who Is Gus Savage and Why Does a Ruckus Follow Him Wherever He Goes?” 31 July 1989, Chicago Tribune: 1C; Elliot, Black Voices in American Politics: 3.

4James, “Behind the ‘Scenes’: Who Is Gus Savage and Why Does a Ruckus Follow Him Wherever He Goes?”

7Gary Rivlin, Fire on the Prairie: Chicago’s Harold Washington and the Politics of Race (New York: Henry Holt and Company, 1992): 51.

8James, “Behind the ‘Scenes’: Who Is Gus Savage and Why Does a Ruckus Follow Him Wherever He Goes?” For a brief summary of Savage’s involvement in the civil rights movement see, Elliot, Black Voices in American Politics: 4–5.

10James, “Behind the ‘Scenes’: Who Is Gus Savage and Why Does a Ruckus Follow Him Wherever He Goes?”

14David Axelrod, “Contests Heat up on S. Side for Two Seats in U.S.

28Robert Davis, “Rep. Savage Familiar With Controversy,” 20 July 1989, Chicago Tribune: 11C. In a published interview with Jeffrey Elliot, Savage responded to criticism concerning his sporadic voting record: “I’m one of the hardest–working, most able, and loyal servants of the people in Washington. I believe that members should be judged more by how they vote than merely by the number of times they vote.” See Elliot, Black Voices in American Politics: 10.

View Record in the Biographical Directory of the U.S. Congress