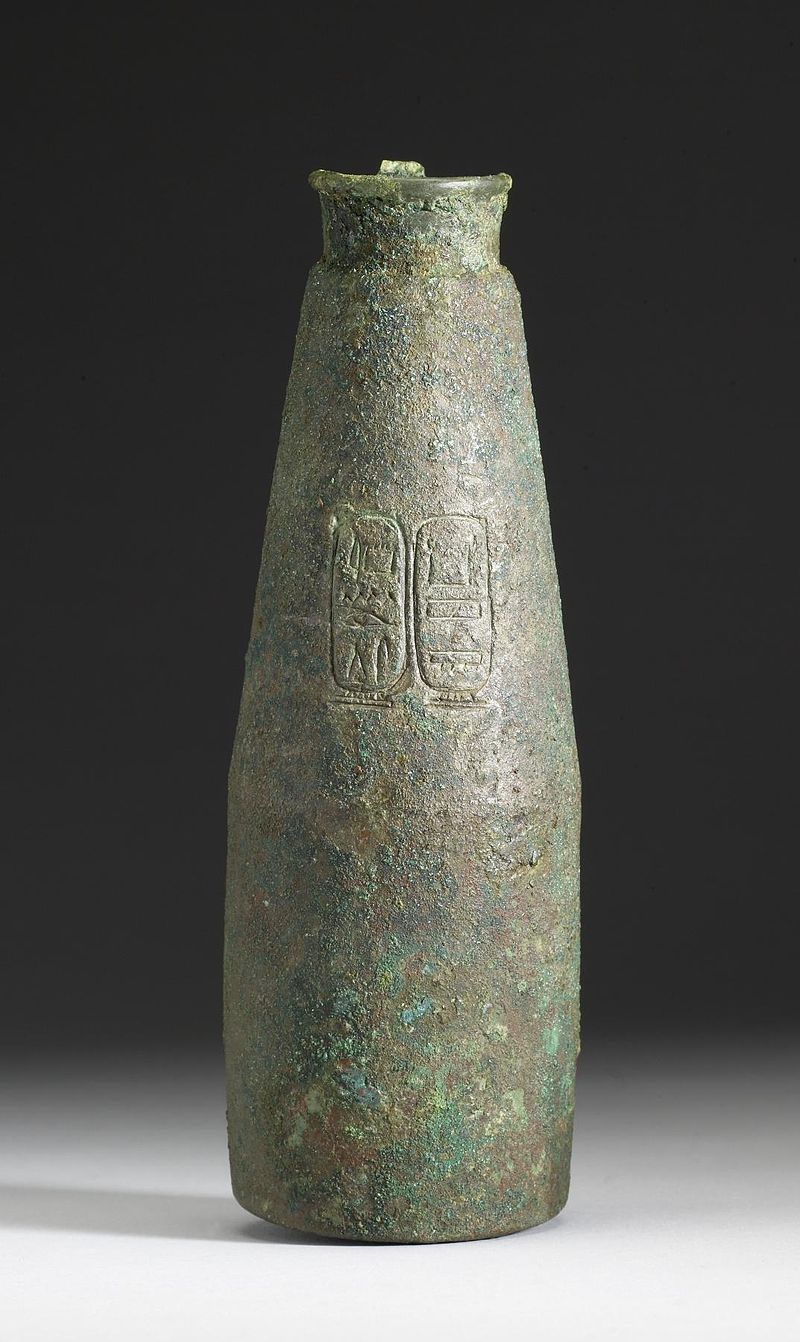 Kashta was an 8th century BC king of the Kushite Dynasty in ancient Nubia and the successor of Alara.

For the dairy product, see Qishta.
Kushite King of Napata

Kashta was an 8th century BC king of the Kushite Dynasty in ancient Nubia and the successor of Alara. His nomen k3š-t3 (transcribed as Kashta, possibly pronounced /kuʔʃi-taʔ/[1]) "of the land of Kush" is often translated directly as "The Kushite".[2] He was succeeded by Piye, who would go on to conquer ancient Egypt and establish the Twenty-Fifth Dynasty there.

Kashta is thought to be a brother of his predecessor Alara.[3] Both Alara and Kashta were thought to have married their sisters. These theories date back to the work of Dunham and Macadam, but Morkot points out that there is no clear evidence to support these assumptions.[4]

Kashta's only known wife was Pebatjma. Several children and possible children are recorded:

While Kashta ruled Nubia from Napata, which is 400 km north of Khartoum, the modern capital of Sudan, he also exercised a strong degree of control over Upper Egypt by managing to install his daughter, Amenirdis I, as the presumptive God's Wife of Amun in Thebes in line to succeed the serving Divine Adoratrice of Amun, Shepenupet I, Osorkon III's daughter. This development was "the key moment in the process of the extension of Kushite power over Egyptian territories" under Kashta's rule since it officially legitimized the Kushite takeover of the Thebaid region.[6] The Hungarian Kushite scholar, László Török, notes that there were probably already Kushite garrisons stationed in Thebes itself during Kashta's reign both to protect this king's authority over Upper Egypt and to thwart a possible future invasion of this region from Lower Egypt.[7]

Török observes that Kashta's appearance as King of Upper and Lower Egypt and peaceful takeover of Upper Egypt is suggested both "by the fact that the descendants of Osorkon III, Takelot III and Rudamun continued to enjoy a high social status in Thebes in the second half of the 8th and in the first half of the 7th century" [BCE] as is shown by their burials in this city as well as the joint activity between the Divine Adoratrice Shepenupet I and the god's Wife of Amun Elect Amenirdis I, Kashta's daughter.[8] A stela from Kashta's reign has been found in Elephantine (modern day Aswan)--at the local temple dedicated to the god Khnum—which attests to his control of this region.[9] It bears his royal name or prenomen: Nimaatre. Egyptologists today believe that either he or more likely Piye was the Year 12 Nubian king mentioned in a well-known inscription at Wadi Gasus which associates the Adopted god's Adoratice of Amun, Amenirdis, Kashta's daughter together with Year 19 of the serving God's Wife of Amun, Shepenupet.[10] Kashta's reign length is unknown. Some sources credit Kashta as the founder of the 25th dynasty since he was the first Kushite king known to have expanded his kingdom's influence into Upper Egypt.[11] Under Kashta's reign, the native Kushite population of his kingdom, situated between the third and fourth Cataracts of the Nile, became rapidly 'Egyptianized' and adopted Egyptian traditions, religion and culture.[12] Kashta's successor was Piye.

The pyramids of el-Kurru contain the tombs of Kashta and several of his successors. The highest part of the cemetery contains 4 tumulus tombs (Tum.1,2,4 and 5). To the east of the tumulus tombs we find a row of at least eight pyramids. One of them partially intrudes on a tumulus tomb (Tum.19). The southernmost of this row of pyramids belong to Kashta (presumably to) his wife Pebatjma. Before this row is another row of pyramids which includes those of Piye, Shabaka and Tanutamani.
To the south of the (presumed) pyramid of Pebatjma one has to cross the southern wadi to reach the southern pyramids. These are the pyramids of the Queens: Naparaye (K.3), Khensa (K.4), Qalhata (K.5), and Arty (K.6).[13]