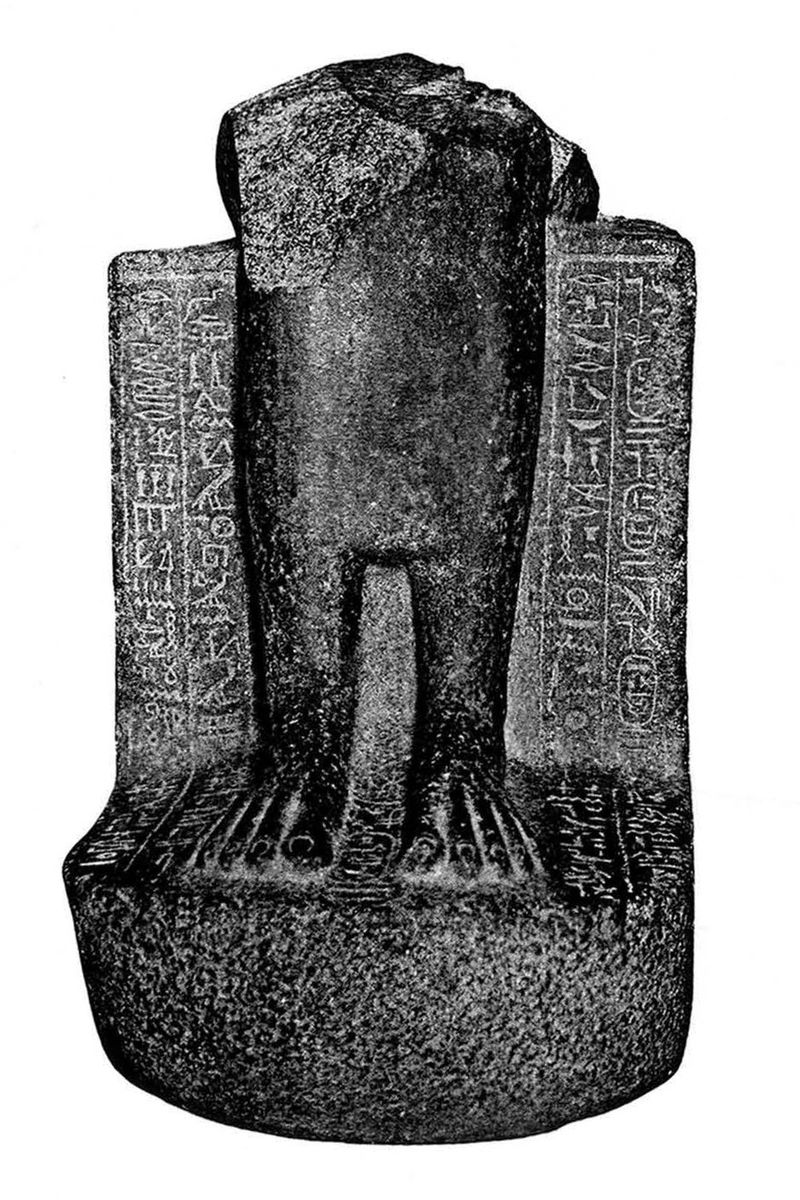 Pebatjma was a Nubian queen dated to the Twenty-fifth Dynasty of Egypt. She was the wife of King Kashta.

Pebatjma (or Pebatma) was a Nubian queen dated to the Twenty-fifth Dynasty of Egypt. She was the wife of King Kashta.[2] She is mentioned on a statue of her daughter Amenirdis I, now in Cairo (42198). She is also mentioned on a doorjamb from Abydos.[3]

Pebatjma was the wife of King Kashta. Several children and possible children are recorded:

It is possible but by no means certain that Pebatjma is identical to a royal woman named Pabtamer (Pa-abt-ta-mer). A stela from Abydos belonging to a general named Paqattereru (Pekatror) records how this general was called upon by Osiris for the burial of his mother Pabtamer who had the beautiful name Meres-Nip ("beloved of Napata" or "She who loves Napata"). She holds the titles Chantress of Amun, King's Sister, King's daughter, and Mother of the Adorer of the God. It has been suggested that Pa-abt-ta-mer is an Egyptianization of the name Pebatjma. The problem with the identification is that Pa-abt-ta-mer holds slightly different titles than those recorded for Pebatjma on other monuments. Furthermore, the title of King's daughter is slightly problematic as there is no known king who could be her father. Paqattereru is not a King's son, and these facts may point to Pa-abt-ta-mer being an otherwise unknown wife of either Piye or Taharqa, and the mother of either Shepenupet II or Amenirdis II.[1]