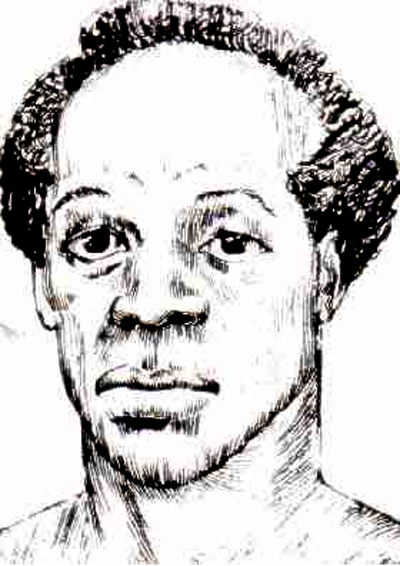 Samuel Sharpe, or Sharp (1801 – 23 May 1832), also known as Sam Sharpe, was an enslaved Jamaican who was the leader of the widespread 1831–32 Baptist War slave rebellion (also known as the Christmas Rebellion) in Jamaica. He was proclaimed a National Hero of Jamaica in 1975 and his image is on the $50 Jamaican banknote. 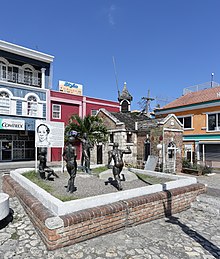 He was proclaimed a National Hero of Jamaica in 1975 and his image is on the $50 Jamaican banknote.[3]

Samuel Sharpe was born into slavery in the parish of St James, Jamaica, on a plantation owned by Samuel and Jane Sharpe. The Slave Return of 1832 announcing his death gave his name as Archer aka Samuel Sharpe, the son of Eve, and he was only 28 years old when he died. The Slave Return of Samuel and Jane Sharpe in 1817 showed a young 12-year-old Archer on the plantation with his mother Juda Bligom and siblings Joe (two years old) and Eliza (20 years old). He was allowed to become educated, for which he was well respected by his enslaved peers.

Sharpe became a well-known preacher, leader and missionary in the Baptist Church, which had long welcomed the enslaved as members and recognized them as preachers. He was a deacon at the Burchell Baptist Church in Montego Bay, whose pastor was Rev. Thomas Burchell, a missionary from England.[4] Sharpe spent most of his time travelling to different parishes in Jamaica, educating the enslaved about Christianity, which he believed promised freedom!

Where possible, the enslaved closely followed the British Parliament's discussions surrounding the abolition of slavery. In the mistaken belief that emancipation had already been granted by the British Parliament, Sharpe organised a peaceful general strike across many estates in western Jamaica to protest working conditions. This took place during the harvest of sugar cane, a critical time for the plantation owners: generally the workforce had to work overtime to process the cane quickly at its peak. The Christmas Rebellion (Baptist War) began on 27 December 1831 at the Kensington Estate.[5] Reprisals by the plantation owners led to the rebels' burning the crops.

Sharpe's originally peaceful protest turned into Jamaica's largest slave rebellion. The uprising lasted for 10 days and spread throughout the entire island, mobilizing as many as 60,000 of Jamaica's enslaved population.[6] The colonial government used the armed Jamaican military forces and warriors from the towns of the Jamaican Maroons to put down the rebellion, suppressing it within two weeks. Some 14 whites were killed by armed slave battalions, but more than 200 slaves were killed by troops.[6] Afterwards, more reprisals followed. The government tried, convicted, and hanged many of the ringleaders, including Sharpe, in 1832. A total of 310 to 340 were executed through the judicial process, including many for purely property offences such as theft of livestock.[7]

In the months leading up to his execution, while in jail, Sharpe had several meetings with Rev. Henry Bleby, a missionary, who reported that Sharpe told him: "I would rather die upon yonder gallows than live my life in slavery."[8] The rebellion and government response provoked two detailed Parliamentary Inquiries. The Jamaican government's severe reprisals in the aftermath of the rebellion are believed to have contributed to passage by Parliament of the 1833 Slavery Abolition Act and final abolition of slavery across the British Empire in 1838.[9][10]